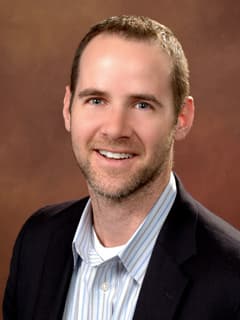 Newswise — Philadelphia, February 19, 2019—A pair of new studies has provided new insight into the challenges faced by children on the autism spectrum who exhibit symptoms of attention deficit/hyperactivity disorder (ADHD). According to the findings from researchers at Children’s Hospital of Philadelphia (CHOP), these children have difficulty with adaptive behavior, a key measure of independence.

The first study, published in the Journal of the American Academy of Child and Adolescent Psychiatry, analyzed adaptive behavior, a key measure of how a person is able to function independently at home, school and in the community. Communication skills, self-care skills and social skills are examples of adaptive behavior. Many of these skill areas are often impaired in children on the autism spectrum, and the gap between autistic children and typically developing children widens during adolescence. Understanding factors that contribute to adaptive behavior impairments may reveal critical points for intervention.

Prior studies have shown that autistic children and co-occurring ADHD diagnoses have greater adaptive behavior impairments compared with those without co-occurring ADHD. However, there are many children on the autism spectrum who do not have an ADHD diagnosis, but have some ADHD behaviors. Therefore, researchers suspected the possibility that the presence of these behaviors could affect how a child functions both at home and at school.

“Using a case-control study, we wanted to know if ADHD symptoms associated with adaptive behavior regardless of whether children on the autism spectrum had an ADHD diagnosis or not,” said Benjamin Yerys, PhD, a psychologist in the Department of Child and Adolescent Psychiatry and Behavioral Sciences at CHOP, a child psychologist in the Center for Autism Research at CHOP and lead author of the study. “This study is also the first to investigate whether this relationship between ADHD symptoms and adaptive behaviors is also present in the school setting. Showing this relationship in more than one setting is critical for demonstrating the far-reaching effects of ADHD symptoms on a child’s functioning.”

The researchers found that ADHD symptoms can predict adaptive behavior scores among children on the autism spectrum, even after taking into account other important factors such as age, gender, IQ, autism symptoms. The study showed this relationship was present in the home and the school setting.

Additionally, the study found that this relationship between ADHD symptoms and adaptive behaviors existed, even if the child had been identified as on the spectrum, but did not receive an ADHD diagnosis. The researchers noted that this is an important finding because ADHD symptoms may carry a lower priority as a treatment goal in children on the autism spectrum if they do not meet clinical diagnostic criteria for ADHD.

“This study suggests that children on the autism spectrum whose ADHD symptoms do not meet full criteria for a traditional diagnosis of ADHD may still benefit from ADHD treatments,” said Robert Schultz, PhD, director of the Center for Autism Research and senior author of the study.

In a separate study published in Biological Psychiatry: Cognitive Neuroscience and Neuroimaging, Yerys and his colleagues found new evidence that weaker functional connections in two brain networks critical for higher-order thinking and reasoning - the frontoparietal and ventral networks – are linked to ADHD symptoms in autistic children. This is the first study to associate ADHD symptoms in brain networks of children with an autism diagnosis and builds upon previous studies of neural networks in children that have both autism and ADHD symptoms.

“To move this research forward, we must define brain and behavioral profiles related to cognitive control and other key brain processes that underlie ADHD symptoms in the context of autism,” Yerys said. “By doing so, we can establish different treatments or treatment packages for the different profiles of ADHD in the autism population. Our hope as a field is that a more personalized approach to treatment will increase the potential of better long-term outcomes and quality of life, with treatment packages potentially including medications and behavior therapies.”

Both studies were funded by grants from the National Institutes of Health (MH086111, MH092615, MH088791), a New Program Development Award through the Philadelphia Foundation, and was supported by the Clinical Translational Core of the Intellectual and Developmental Disabilities Research Center funded by the National Institute of Child and Human Development (HD086984), the Philadelphia Foundation, the Pennsylvania Department of Health, the Pennsylvania Department of Health, Pfizer, and the Robert Wood Johnson Foundation, and a grant from Shire Pharmaceuticals.