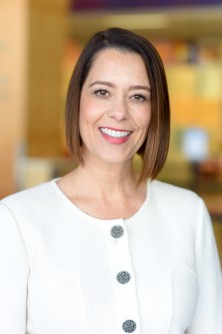 Carter will direct the hospital’s fundraising and development programs, providing strategic leadership to support CHLA’s mission and to leverage philanthropy to enhance the hospital’s capacity to innovate and transform pediatric medicine. Carter will also support the Advancement Committee of the Board of Trustees, which determines fundraising priorities for the hospital.

“Alexandra will be an incredible asset to CHLA,” says Children’s Hospital Los Angeles President and CEO Paul S. Viviano. “Her experience as a leader with nonprofit organizations, combined with her impressive accomplishments as a fundraiser, will allow her to provide strategic guidance to our Foundation department to support CHLA’s stature as a top-ranked pediatric academic medical center.”

Carter most recently served as a fundraising advisor to Verity Health System, Albertina Kerr Centers and the Boys and Girls Clubs of Metro Los Angeles. Previous to her consulting for these nonprofit organizations, she served as Chief Development Officer, Academic Institutes, for Cedars-Sinai Medical Center during a $600 million campaign. She oversaw frontline fundraising teams including major gifts, planned giving and foundation and corporate relations, and served on the institution’s leadership team for its partnership with the Women’s Heart Alliance, a national advocacy organization.

Prior to joining Cedars-Sinai, Carter served as Vice President of Public Affairs and Development at John Wayne Cancer Institute at Saint John’s Health Center in Santa Monica, California. She has also held leadership roles at Pepperdine University and at the American Red Cross in Santa Barbara, California.

Carter earned a bachelor’s degree in Communication and Linguistics from the University of California, Santa Barbara, and a master’s degree in Business Administration from Pepperdine University. She currently serves on the Executive Council for the Women’s Leadership Network of Jewish Vocational Services in Los Angeles and recently completed her term as a member of the Board of Directors at the National Association of Cancer Center Development Officers. Carter also served on the Board of Directors for the literacy and service charity Milk+Bookies, and has volunteered in support of dog rescue initiatives.

Children's Hospital Los Angeles has been ranked the top children’s hospital in California and sixth in the nation for clinical excellence with its selection to the prestigious U.S. News & World Report Honor Roll. CHLA is home to The Saban Research Institute, one of the largest and most productive pediatric research facilities in the United States. Children’s Hospital is also one of America's premier teaching hospitals through its affiliation with the Keck School of Medicine of the University of Southern California since 1932. For more information, visit CHLA.org. Follow us on Twitter, Facebook, YouTube, LinkedIn and Instagram, and visit our child health blog (www.WeTreatKidsBetter.org) and our research blog (www.ResearCHLABlog.org).