The complexity of social exchanges is more than a child's game 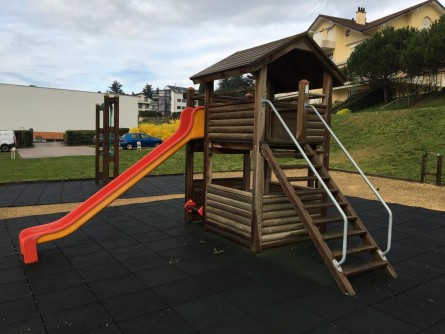 This image shows the complexity of social exchanges is more than a child's game.

Newswise — While sharing toys and fighting with each other, kindergarten children helped researchers understand the patterns and qualities of interactions in social groups. The results were much more complex than the scientists originally predicted.

"We rightfully realize that social networks are important for many aspects of our lives. Yet when asked to define networks, we normally define them as 'any interaction', or only a specific type of interaction. We thought this does not reflect the richness of our social behaviors or the relative relationships between types of behaviors. We wanted to begin to address this," said Jonathan Schneider, researcher from the Department of Biology at the University of Toronto.

To better understand the dynamics of these social interactions, the researchers carried out an investigation using a layered social network analysis. Their research was recently published in Frontiers in Psychology.

The researchers analyzed the structure of social interactions of 338 children between 4 to 6 years of age. All the children were kindergarteners attending public schools in Berkeley, California. The social exchanges took place in 29 classrooms.

"We noticed previous analyses presumed the hierarchical relationships between kids and we wanted to investigate this assumption. So we developed unbiased methods for assessing the relationship between different but overlapping networks within a classroom as well as the structural features of relationships in these networks," said Joel Levine, co-author and researcher from the Department of Biology at University of Toronto.

The evidence of hierarchy between the children was grouped into six overarching categories forming three apparent reciprocal pairings: leadership/followship; aggression/submission; and resource struggle/prosocial.

However, results demonstrate that the idea of dominance and hierarchies in humans may not be as straightforward as was first assumed. While some of the 3-way interactions between the kids displayed transitivity, such as if Child A leads Child B, and Child B leads Child C, then Child A leads Child C - there were other 3-way interactions that were more complex. This suggests that people do not always behave in a hierarchical manner

"We rarely appreciate the amount of non-trivial organization between different social interactions. While aggression is sometimes met with submission, this 'hierarchy' is not always permanent," Schneider said.

The researchers also said organization between individuals is complex. They were surprised to see that social interactions between some of the child "leaders" in the classrooms were more submissive in action than aggressive.

The authors anticipate that this method could eventually extend to more than two interaction types among more than three individuals. They believe this extension would improve our understanding of the multi-layered networks and provide a more accurate representation of the natural social environment of humans and other animals.

In addition, results could provide a framework for identifying those children that participate in abnormal network relationships to more readily ensure their support in an appropriately protective environment.