27-Jan-2020 11:35 AM EST, by University of Texas Health Science Center at Houston
favorite_border 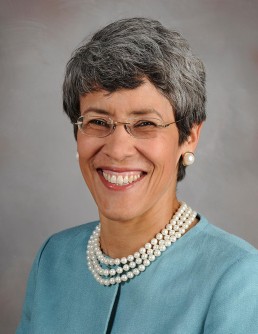 Newswise — The grim effects that climate change will have on pediatric health outcomes was the focus of a “Viewpoint” article published in the Journal of Clinical Investigation by Susan E. Pacheco, MD, an expert at The University of Texas Health Science Center at Houston (UTHealth).

Pacheco, an associate professor of pediatrics at McGovern Medical School at UTHealth, along with professors from Johns Hopkins Medicine and the George Washington University, authored a series of articles that detail how increased temperatures due to climate change will negatively affect the health of humanity. In the article authored by Pacheco, she shines a light on the startling effects the crisis has on children’s health before they are even born.

Pacheco points to research published by the Intergovernmental Panel on Climate Change, which highlights several ways humans will experience adverse health effects from climate change, such as increased mortality and morbidity due to heat waves and fires, increased risk of food- and water-borne illnesses, and malnutrition due to food scarcity.

These negative experiences bring with them psychological trauma and mental health issues that can affect both children and their caretakers. Pacheco wrote that after Hurricane Maria in 2017, many adults in Puerto Rico experienced post-traumatic stress disorder, depression, and anxiety from living weeks and months without access to necessities such as clean water, electricity, and basic medical care.

“Some were not capable of meeting the physical and emotional demands that such a disaster imposed on their children,” Pacheco wrote.

The negative health effects inflicted by the climate crisis can begin while a child is still in utero, due to maternal stress, poor nutrition, exposure to air pollution, and exposure to extreme weather events brought on by climate change. Studies of women who experienced major flooding events while pregnant reported an association with outcomes such as preterm birth and low birth weights. Pacheco wrote that pregnant women exposed to climate change experience stress, respiratory disease, poor nutrition, increased infections, heat-associated illnesses, and poverty.

“We will continue to see an increase in heat-associated conditions in children, such as asthma, Lyme disease, as well as an increase in congenital heart defects,” Pacheco said.

Pacheco wrote that the picture painted by research on climate change is daunting and now is not the time for indifference. In the article’s conclusion, she wrote that everyone in the medical community must reflect on a personal level about what can be done with the knowledge they have on climate change and its negative health effects.

“We cannot act as if we are immune to these threats,” she said. “We can jump to action or stand in complacent indifference.”

The series of articles were authored by experts in their field including Rexford Ahima, MD, PhD, and Arturo Casadevall, MD, PhD, MS, of Johns Hopkins Medicine; and William Dietz, MD, PhD, of the George Washington University.