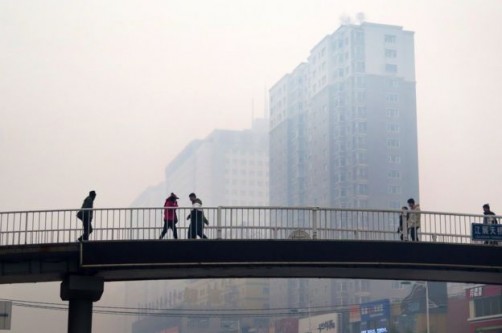 Residents of the northeastern city of Shenyang in China donned gas masks and locked themselves indoors on Sunday after their city was enveloped by some of the worst levels of smog on record. Pollution readings were about 50 times higher than that considered safe by the World Health Organization.