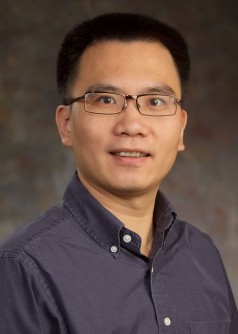 Jin Huang, Ph.D., assistant professor of social work at Saint Louis University, is a co-author of a paper about cigarette smoking in China.

Newswise — ST. LOUIS – Younger Chinese teenage boys are less likely to start smoking than those born longer ago, according to research from Saint Louis University and Chongqing University. The trend is significant because nearly one third of the world’s smokers live in China. Two-thirds of Chinese men become daily smokers before they turn 25, with the vast majority starting the habit when they were between 15 and 20. By contrast, fewer than 4 percent of females in China smoke, which is why females were not included in the study.

“Even though the smoking rate remains high in China, over the last 25 years, the rate of adolescent males starting to smoke has gotten smaller by an average of 1 percent a year,” said Jin Huang, Ph.D., one of the paper’s authors and assistant professor of social work at Saint Louis University’s College for Public Health and Social Justice. “Our findings suggest over the long term we might see reduced smoking rates in China.”

The paper, published in the Feb. 3, 2016 online edition of the International Journal of Public Health, found that a male’s birth year and first cigarette are inversely correlated. Smoking rates steadily decreased, with those born in 1996 less likely to start smoking than those born in 1970.

Researchers studied some 2,400 males between the ages of 15 and 20 who were listed in the China Health and Nutrition Survey. They surveyed those who did not start smoking before age 15 from four different kinds of neighborhoods that ranged from less populated rural areas to large, industrialized cities.

They found that rates of first smoking decreased continuously among those born in 1970 to 1996. About 50 percent of teenage boys from large cities born in 1970 were likely to have smoked their first cigarette, compared to less than 30 percent of those born in 1990. Trends also decreased in other areas, with the likelihood of male teens starting to smoke dropping even faster in more densely populated towns in rural areas and suburbs of cities.

As they start to catch up with China’s large urban cities, these areas are ripe for growth and development and are gaining access to more social and economic resources, Huang said.

“In this population, urbanization in certain communities is connected to a higher percent of children going to high school. Perhaps they are less likely to start smoking because they are in school and not exposed to peers in the workplace who smoke, as were adolescents in previous generations,” Huang said.

He speculated that teens in communities that are more socially and economically developed have better knowledge and access to health care than those in rural areas, which could discourage them from starting to smoke.

The paper builds upon the researchers’ previous analysis, which shows more than 70 percent of the men who ever smoked started when they were between the ages of 15 and 20, with nearly all becoming regular smokers.

“Preventing young Chinese men from starting to smoke during these critical years is likely to substantially impact whether they develop a dangerous lifelong habit,” Huang says. “Our findings suggest that the rate when male teens start smoking may continue to decrease, particularly in neighborhoods that have the potential to become more urban.”

The Saint Louis University College for Public Health and Social Justice is the only academic unit of its kind among the nearly 250 Catholic institutions of higher education in the United States.