Chocolate-flavored E-cigarettes Are Most Harmful to Your Airways

Some e-cigarette liquid flavors contain more than a dozen chemicals 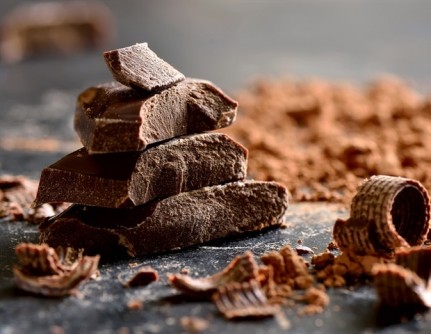 Newswise — Rockville, Md. (February 10, 2021)—New research shows chocolate-flavored e-cigarettes are “particularly harmful” to the lungs. In fact, scientists found all 10 flavors tested caused some level of toxicity in the cells lining the lungs, resulting in cell death in some instances. The toxins also significantly reduced the ability of immune system cells to remove bacteria and regulate inflammation. The research article was published in the America Journal of Physiology-Lung Cellular and Molecular Physiology and has been chosen as an APSselect article for February.

The data show that the chemical profiles of the e-liquid flavors studied (apple, banana, bubblegum, cappuccino, cherry, chocolate, cinnamon, mango, peppermint and tobacco) contained as many as 15 chemicals. The most harmful flavors, such as chocolate and banana, included high levels of a chemical component called a benzene ring. Flavors with a lower concentration of benzene ring were less harmful. The researchers also found different brands of chocolate and banana flavored e-liquids with lower amounts of benzene ring chemicals were also less harmful.

The purpose of the study, according to researchers, was to determine whether immune dysfunction and toxicity in the lungs previously observed in earlier studies were dependent on the flavor used, independent of the presence of nicotine. To find out, they exposed lung cells of healthy, non-smoking subjects to the e-cigarette vapor produced from different flavors.

“We believe that this study provides evidence that the potential harm from using flavors does not come from the name on the bottle, but rather the flavoring chemical composition, the flavoring chemicals present and their concentration,” said researcher Miranda Ween, PhD, of Royal Adelaide Hospital in Australia. “This suggests that any limits on permitted flavors should be based on this sort of data specifically to ensure that allowed products truly represent the lowest level of harm possible.”

Read the full article, “E-cigarettes and health risks: more to the flavour than just the name,” published in the American Journal of Physiology-Lung Cellular and Molecular Physiology. It is highlighted as one of this month’s “best of the best” as part of the American Physiological Society’s APSselect program. Read all of this month’s selected research articles.