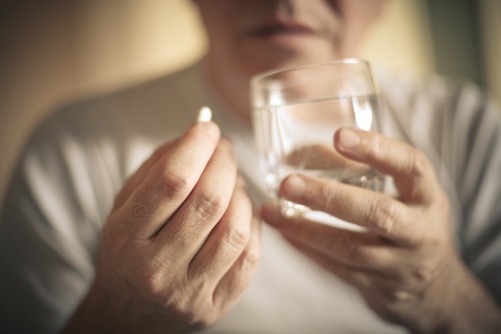 Newswise — About 29 million Americans use over-the-counter nonsteroidal anti-inflammatory drugs (NSAIDs) to treat pain. Every year in the United States, NSAID use is attributed to approximately 100,000 hospitalizations and 17,000 deaths. In addition, the U.S. Food and Drug Administration recently strengthened its warning about risks of non-aspirin NSAIDs on heart attacks and strokes. While each over-the-counter and prescription pain reliever has benefits and risks, deciding which one to use is complicated for health care providers and their patients.

To provide guidance to health care providers and their patients in their clinical decision-making, researchers from Florida Atlantic University’s Schmidt College of Medicine have published a review in the Journal of Cardiovascular Pharmacology and Therapeutics addressing cardiovascular risks and beyond, which include gastrointestinal and kidney side effects of pain relievers. They examined the benefits and risks of over-the-counter and prescription drugs for pain relief such as aspirin, ibuprofen (Motrin or Advil), naproxen (Aleve), and prescription drugs such as diclofenac (Voltaren), a non-aspirin NSAID, and selective cyclooxygenase-2 inhibitors such as celecoxib (Celebrex) as well as acetaminophen (Tylenol).

NSAIDs include aspirin, traditional non-aspirin NSAIDs such as ibuprofen, (Motrin or Advil), naproxen, (Aleve) and diclofenac, (Voltaren) as well as selective cyclooxygenase 2 inhibitors (COXIBs), such as celecoxib (Celebrex), and acetaminophen (Tylenol).

All of these drugs have benefits and risks. Aspirin decreases inflammation as well as coronary events and stroke, but increases gastrointestinal symptoms and bleeding, however, without adverse hepatic or renal consequences. Non-aspirin NSAIDs decrease inflammation, but have been associated with adverse major coronary events and stroke with long-term use as well as major upper gastrointestinal and kidney side effects, as well as electrolyte imbalances such as high sodium or potassium and even heart failure. Cyclooxygenase 2 (COX2) inhibitors were developed primarily because of their more favorable gastrointestinal side effect profile relative to aspirin and traditional non-aspirin NSAIDs, but confer adverse cardiovascular as well as hepatic and renal effects. Acetaminophen has no clinically relevant anti-inflammatory properties and accounts for more than 50 percent of drug overdose related liver failure and about 20 percent of liver transplant cases, as well as kidney disease.

“With respect to the benefits and risks of pain relievers, the totality of evidence suggests that health care providers and their patients should make individual clinical judgements based on the entire risk factor profile of the patient,” said Manas Rane, M.D., first author and a third-year internal medicine resident in FAU’s Schmidt College of Medicine. “The judicious individual clinical decision-making about the prescription of NSAIDs to relieve pain based on all these considerations has the potential to do much more good than harm.”

This manuscript has been selected by the editorial board of the Journal of Cardiovascular Pharmacology and Therapeutics for inclusion in the newly launched “Editor’s Choice Collection” – a collection of high-quality and potentially high-impact publications, which will be featured prominently on the journal’s website and promoted to their readership.

“The factors in the decision of whether and, if so, which drug to prescribe for relief of pain and inflammation, should not be limited to risks of cardiovascular or gastrointestinal side effects. These considerations should also include potential benefits including improvements in overall quality of life resulting from decrease in pain or impairment from musculoskeletal pain syndromes,” said Charles H. Hennekens, M.D., Dr.P.H., corresponding author, first Sir Richard Doll Professor and senior academic advisor in FAU’s Schmidt College of Medicine.

FAU’s Charles E. Schmidt College of Medicine is one of approximately 152 accredited medical schools in the U.S. The college was launched in 2010, when the Florida Board of Governors made a landmark decision authorizing FAU to award the M.D. degree. After receiving approval from the Florida legislature and the governor, it became the 134th allopathic medical school in North America. With more than 70 full and part-time faculty and more than 1,300 affiliate faculty, the college matriculates 64 medical students each year and has been nationally recognized for its innovative curriculum. To further FAU’s commitment to increase much needed medical residency positions in Palm Beach County and to ensure that the region will continue to have an adequate and well-trained physician workforce, the FAU Charles E. Schmidt College of Medicine Consortium for Graduate Medical Education (GME) was formed in fall 2011 with five leading hospitals in Palm Beach County. The Consortium currently has five Accreditation Council for Graduate Medical Education (ACGME) accredited residencies including internal medicine, surgery, emergency medicine, psychiatry, and neurology.