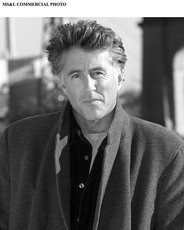 Newswise — Christopher Kennedy Lawford today announced his new role in helping to educate America about hepatitis C, a silent viral infection of the liver that affects an estimated four million Americans " 70 percent of whom are unaware of their disease. Lawford, an accomplished author/actor and nephew of President John F. Kennedy, is sharing his experience in being diagnosed and successfully treated for hepatitis C as part of a national education campaign called Hep C STAT! (Stop, Test And Treat). The campaign encourages individuals to stop and consider their own risk factors for hepatitis C, get tested, and if infected, talk with a liver specialist about available treatment options. "Many in my generation who engaged in adventuresome behaviors, perhaps 20 years ago and maybe even just once " having put their past behind " may not know that these activities leave them at risk for hepatitis C today. Until my diagnosis, I was one of these people," said Lawford. "After the initial shock of this news, I decided to fight back. Now, four years after successfully completing treatment, there is still no trace of the virus in my blood."

Hepatitis C is the most common chronic, blood-borne viral infection in the United States " four times more prevalent than HIV. Known as a "silent disease," hepatitis C often has few, if any, signs or symptoms before causing significant liver damage. Combination therapy with pegylated interferon and ribavirin, the standard of care treatment today, has been shown in clinical trials to achieve treatment success in approximately half of patients. (Response to treatment may vary based on individual factors, such as genotype, viral load and race.) There is no vaccine for hepatitis C.

"As a research scientist and hepatitis C-treating physician, I see firsthand the devastating impact of this disease " from rising caseloads of cirrhosis and liver cancer to an ever-growing wait list for liver transplants," said Dr. Donald Jensen, Professor of Medicine and Director of the Center for Liver Diseases at the University of Chicago Hospital in Chicago. "It is my hope that this campaign will increase awareness of the risk factors for hepatitis C, and prompt infected patients to seek a referral to a liver specialist " such as a hepatologist or gastroenterologist " to have a conversation about whether treatment is medically appropriate."

The Web site http://www.HepCSTAT.com is being made available for individuals to learn more about risk factors associated with hepatitis C infection, information on testing, and the importance of treatment. The campaign and Web site are sponsored by Roche, as part of its commitment to improving the diagnosis, treatment and public awareness of hepatitis C.

Getting Tested for Hepatitis CThe following activities may put individuals at risk for hepatitis C infection:"¢ blood transfusions or major surgery in the U.S. prior to 1992;"¢ illicit injection drug use;"¢ healthcare workers or other professionals' occupational accidents (war veterans, particularly those who served in Vietnam, are recognized to be at higher risk);"¢ needlestick accidents among healthcare workers;"¢ intranasal drug use through the sharing of straws or other instruments;"¢ tattoos in unsanitary conditions;"¢ sharing certain personal care items (razors, toothbrushes, nail clippers or nail files); or"¢ blood-to-blood contact during sexual activity."One in five people has something in their past that puts them at risk for hepatitis C. If you have a risk factor, it doesn't matter which one " get tested," added Lawford.

Initial diagnosis of hepatitis C is usually determined with a simple blood test, available through most primary healthcare providers. Routine blood tests and yearly physicals, however, typically do not include screening for hepatitis C virus.

Newer diagnostic technologies, referred to as molecular tests, offer highly sensitive and specific diagnosis of active hepatitis C infection by directly detecting the virus in the blood, rather than the detection of an immune response offered by more traditional test methods. Molecular tests are also used to quantify the amount of virus in the blood (referred to as "viral load" testing), a widely used measure of the effectiveness of treatment in reducing virus levels in the body.

More About Christopher Kennedy LawfordThe son of the late actor Peter Lawford and the late Patricia Kennedy, Lawford has had many acting roles, including parts in the films "Thirteen Days" and "The World's Fastest Indian," as well as "All My Children" and "General Hospital." His personal memoir, Symptoms of Withdrawal: A Memoir of Snapshots and Redemption, was published in 2005 and was a New York Times Bestseller. Additionally, he is currently writing two books and will appear in the upcoming film "Slipstream," starring Sir Anthony Hopkins. Lawford is married and has three children from a previous marriage.

More About Chronic Hepatitis C Hepatitis C is a blood-borne infectious disease of the liver and a leading cause of cirrhosis, liver cancer and the need for liver transplants. According to the Centers for Disease Control and Prevention (CDC), an estimated 4.1 million Americans (1.6 percent) have been infected with hepatitis C; 3.2 million are chronically infected. The number of new infections per year has declined from an average of 240,000 in the 1980s to about 26,000 in 2004. CDC estimates the number of hepatitis C-related deaths could increase to 38,000 annually by the year 2010, surpassing annual HIV/AIDS deaths.

About RocheFounded in 1896 and headquartered in Basel, Switzerland, Roche is one of the world's leading innovation-driven healthcare groups. Its core businesses are pharmaceuticals and diagnostics. Roche is one of the world's leaders in diagnostics, the leading supplier of pharmaceuticals for cancer, as well as a leader in virology and transplantation. As a supplier of products and services for the prevention, diagnosis and treatment of disease, the Group contributes on a broad range of fronts to improving people's health and quality of life. Roche employs roughly 70,000 people in 150 countries, including approximately 15,000 in the United States.