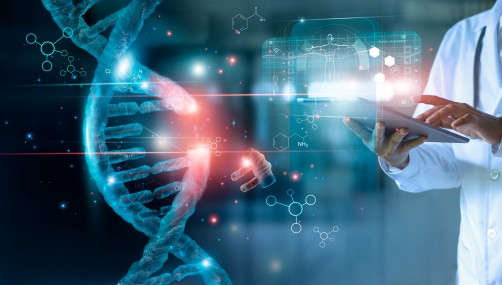 Newswise — Chula Medicine has successfully invented RED-GEMs (REjuvenating DNA by GEnomic Stability Molecules) that can reverse aging in lab animals.  With human trials targeted within two years, the medical breakthrough is aimed to treat various age-related conditions and illnesses and bring back youthfulness in this aging society.

The “elixir of life” has long been the ultimate desire of mankind. Myths in many cultures tell stories that reflect the human endeavor to remain immortal while basking in the promise of “eternal youth”.

Today, those legends are getting closer to reality with “RED-GEMs” which Prof. Apiwat Mutirangura, M.D., Head of the Department of Anatomy, Faculty of Medicine, Chulalongkorn University has invented as part of the research project “Development of unprecedented, high value and high benefit medical innovations: REjuvenating DNA by GEnomic stability Molecules (RED-GEMs) and cancer screening by detecting protein or mRNA of white blood cells” and other related research. 1-3

“RED-GEMs’ ability to reverse aging is the key solution to health problems in an aging society and an income generator for Thailand as well,” said Prof. Dr. Apiwat, a specialist in molecular genetics and epigenetics.

The discovery of Replication independent endogenous DNA double strand breaks  1 (DNA gaps) that are rare in aging cells 3 is the key to our knowledge in rejuvenation.

“Youth DNA Gaps are found where there is DNA methylation — the origin of RED-GEMs which can protect the DNA and prevent genes from aging,” explains Prof. Dr. Apiwat.

“When people grow older, DNA gaps decrease, causing tension across the DNA strands.  The DNA cannot rotate normally and is easily destroyed. We therefore find more DNA lesions or damage in the aging cells. These DNA lesions signal cells to stop dividing normally, and start to age, as well as mutate and become cancerous.”

Prof. Dr. Apiwat added that lesions in aging cell DNA correlate with the development of chronic non-communicable diseases (NCDs), such as high blood pressure, osteoporosis, dementia, and the body’s poor ability to repair itself as seen in the wounds of diabetic patients or burns that are difficult to heal, and so on.

“This experiment was not to destroy aging cells but to reverse them into normal functioning cells. It was also found that brain functioning abilities of old mice that received the RED-GEMs was restored as well.”

The experiments also found that diseases found in aging cells, such as senescence-associated proteins, visceral fat, and liver fibrosis also decreased while Youth DNA Gap increased.  This means the cells are rejuvenated.  In addition, RED-GEMs were also tested with mice with burn wounds, and mice with diabetic wounds and yielded great results. The wounds healed faster and the flesh became softer and firmer.

Prof.Dr. Apiwat said that when compared to the results of various drug studies abroad, no drug can reverse aging as perfectly as RED-GEMs.

Potential and Opportunity for RED-GEMs

Prof. Dr. Apiwat said that DNA molecules have great potential and opportunities to promote health in many areas, such as:

After successful lab experiments with mice, the research team plans to test RED-GEMs in larger animals, such as macaques, to see the long-term effects of treatment before moving on to human testing which is expected in the next two years.

“Currently, we are still accepting organizations and research associates from translational to clinical research.  The production technology for RED-GEMs is not complicated nor expensive. I hope that the RED-GEMs will be the key to solving health problems in an aging society, and the medical breakthrough that can increase the country’s revenue as well,” Prof. Dr. Apiwat concluded.