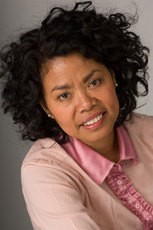 Delia Konzett, assistant professor of English and cinematic studies at the University of New Hampshire

Newswise — Delia Konzett, associate professor of English and cinema studies at the University of New Hampshire, and coordinator of UNH's Cinema Studies, is available to discuss the resurging popularity of vampires as HBO brings back its hit series "True Blood" Sunday, June 14, 2009.

According to Konzett, vampires, zombies, and other sorts of ghoulish parasites have always been popular in books and film; however, there has been an almost overwhelming resurgence this year of vampires with the release of several films and television programs, including "Twilight," "Let the Right One In," "Dead Snow," and particularly HBO's "True Blood."

"It appears that today's public loves stories depicting the undead. I think this recent popularity can be explained in part by the cultural associations we have today of the vampire. Once associated strictly with horror tales set in remote regions (Transylvania), vampires have steadily become urban and cosmopolitan creatures associated especially with the night life of the city. Considering the commodity driven, urbane, competitive, and youth-obsessed culture we live in today, it's no wonder vampires are popular," Konzett says.

"As card-carrying members of the exclusive society of the undead, vampires are the ultimate parasites living off of human blood. They're selfish, narcissistic, unusually pleasing in appearance, possess unusual powers, and are potentially immortal. Those lucky enough to have been converted young will remain forever at that age, a real asset in today's culture, which prizes the appearance of youth, beauty, and stamina. Also, because vampires are associated with blood, associations with race (and racism) and the body (including all things physical, especially sex) are always present," she says.

According to Konzett, "True Blood" intelligently makes use of all these cultural and symbolic indicators to create an unforgettable setting in a small town in the Bayou South, Bon Temps, and mixes small-town life with the urban lore of vampires.

"The setting of French and Cajun Louisiana, with its untamed nature teeming with alligators and its equally irrational culture ripe with voodoo rituals, harkens back to an era before the American landscape was normatively turned into a modern standardized Anglo-American world. This creolized, pre-modern world is highly conducive for the postmodern intrusion of diversity with vampires demanding recognition and visibility. It is as if we come now fully face to face with the murky backwaters of race, sexuality, hybridity, and diversity, which we have grappled with as well as avoided during America's long 20th century," Konzett says.

"The 21st century American landscape once again appears open to discovery and adventure in the terms of multiculturalism, diversity, compulsive consumerism, and the decadent narcissism of the 'I want it now' generation. 'True Blood' injects new life into an American tradition of Creolization that now seems to capture our present cultural moment. Vampirism captures the ambivalence, both the attraction and fear, which we harbor toward diversity, multiculturalism, and commodity culture," she says.