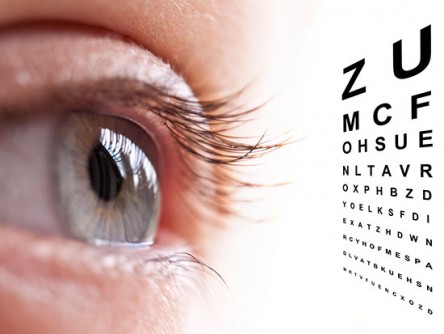 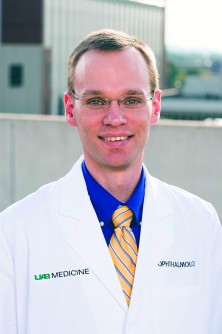 The UAB News Studio is available for live or taped interviews with UAB experts.

Newswise — BIRMINGHAM, Ala. – Brian Samuels, M.D., Ph.D., assistant professor in the University of Alabama at Birmingham Department of Ophthalmology, has received a five-year, $1.5 million grant from the National Eye Institute to explore the links between circadian fluctuations and glaucoma. This is Samuels’ first R01 grant.

People more than 60 years of age are six times more likely to develop glaucoma, which can result in irreversible blindness when left untreated. As the U.S. population ages, the number of glaucoma cases will also increase, and it is projected that more than 5.5 million Americans will suffer from glaucoma by 2050. It is estimated that 3 million Americans have glaucoma, but only half of those are aware they have the condition.

Circadian rhythm is driven by a master timeclock, known as the suprachiasmatic nucleus. The suprachiasmatic nucleus communicates directly with the dorsomedial hypothalamus, which then regulates circadian rhythm. When a person wakes up in the morning, heart rate, respiration and blood pressure rise so the person does not lose consciousness when they get out of bed. As a byproduct, people can have an increase in eye pressure.

“We conducted a series of studies and stimulated the dorsomedial hypothalamus, and then observed eye pressure after heart rate and blood pressure increased,” he said. “What we saw for the first time is that, when blood pressure and heart rate increase, so does intracranial and intraocular pressure.”

Samuels says the next step is to uncover how this relates to glaucoma because it may not be solely the increase in pressure itself, but there is also likely a needed balance between intraocular and intracranial pressure.

“We think the damage might be occurring when the balance of pressures is unstable,” he said.

In addition to the pressure balance, there are specific types of neurons in the dorsomedial hypothalamus called orexin neurons. These neurons are responsible for driving a lot of our circadian rhythm. Samuels is also studying the orexin neurons to see if they could be regulating the changes in intracranial pressure and intraocular pressure.

“If we can identify the connection between orexin neurons and circadian rhythm, we could potentially develop a therapeutic treatment to target the progression of glaucoma,” Samuels said. “We know if we stimulate this area there is an increase in intraocular and intracranial pressure, but we don’t know the pathway for that. This R01 grant will help us discover this pathway.”

This R01 NIH grant is in addition to a grant Samuels recently received from NASA, along with his fellow collaborators from the Georgia Institute of Technology and Emory University, to study computational modeling as a method of determining why astronauts who are in space for extended periods of time are experiencing eye pathologies. Samuels is collaborating with scientists at NASA Glenn Research Center, and others, to help identify the causes of these pathologies, and determine whether there is a way to intervene and prevent these types of vision complications in the future. 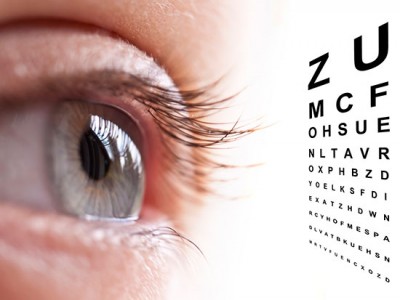 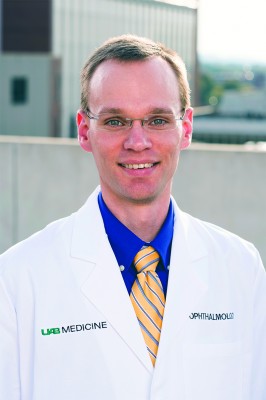