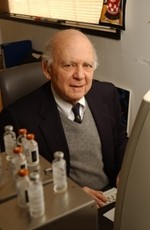 Using animal models, the researchers discovered that pancreatic islet cells transplanted into the liver fail not only because of immune rejection, but also because of overexposure to toxic fats that are synthesized by the surrounding liver cells and flood the pancreatic transplants. Their findings appear in the September issue of the journal <em>Diabetes.</em>

To date, a few hundred people have received transplants of complexes of pancreatic cells, called islets. The islets are implanted in the liver, where they at first make insulin, but over months or years their production often declines.

"By understanding how fat affects these cells, maybe we can improve islet transplant and make it last a bit longer," said Dr. Roger Unger, professor of internal medicine at UT Southwestern and senior author of the study.

During islet transplantation, the pancreatic cell complexes are injected into a large vein that feeds into the liver, where they lodge. Cells within the islets, called beta cells, then produce insulin. The person receiving the transplant must take anti-rejection drugs.

Dr. Unger said that after two years, 87 percent of recipients must resume taking insulin, a problem that has led clinicians to investigate if the anti-rejection drugs are at fault, or if some other mechanism is at work.

In the current study, UT Southwestern researchers tested the hypothesis that fats in the liver might be killing the beta cells. The liver receives its blood supply directly from the digestive system, which provides a rich concentration of fats and sugars to the transplanted islet cells " conditions the cells would not be exposed to in their normal environment in the pancreas. The researchers also theorized that the insulin that each islet produced might stimulate fat production around itself, adding to the problem.

The researchers first injected rats with a drug that kills pancreatic beta cells in order to mimic human insulin-dependent, or juvenile, diabetes (type 1), a condition in which beta cells are unable to produce insulin. They then transplanted beta cells into the animals' livers. Fat accumulations were found around islets four weeks after transplantation. Insulin levels declined, and the animals died at 15 weeks.

Another group of similar rats was then exposed to one of two conditions that reduce body fat " a restricted diet or administration of leptin, a hormone that decreases appetite and increases metabolism. In both cases, more beta cells survived. Rats that had received leptin also showed the highest survival rate of beta cells.

Because the differences among the groups of rats could be traced to the amount of fat, and no anti-rejection drugs had been given, the results validate their theory that fat was the culprit in killing the beta cells, Dr. Unger said.

These results also suggest that diet and weight control might enable transplanted beta cells in humans to survive longer or avoid destruction, he said.

"This seems very easy to prevent, but it's not being targeted by researchers," he said.

Dr. Unger said the study could also serve as a model for death of beta cells in non-insulin-dependent, or adult-onset, diabetes (type 2), a condition that is associated largely with obesity. His group is now working with other researchers at UT Southwestern to determine if excess fat is killing cells in obese humans.

The work was supported by the National Institute of Diabetes and Digestive and Kidney Diseases, the Department of Veterans Affairs, the Juvenile Diabetes Research Foundation, Takeda Pharmaceuticals and the Swiss National Science Foundation.