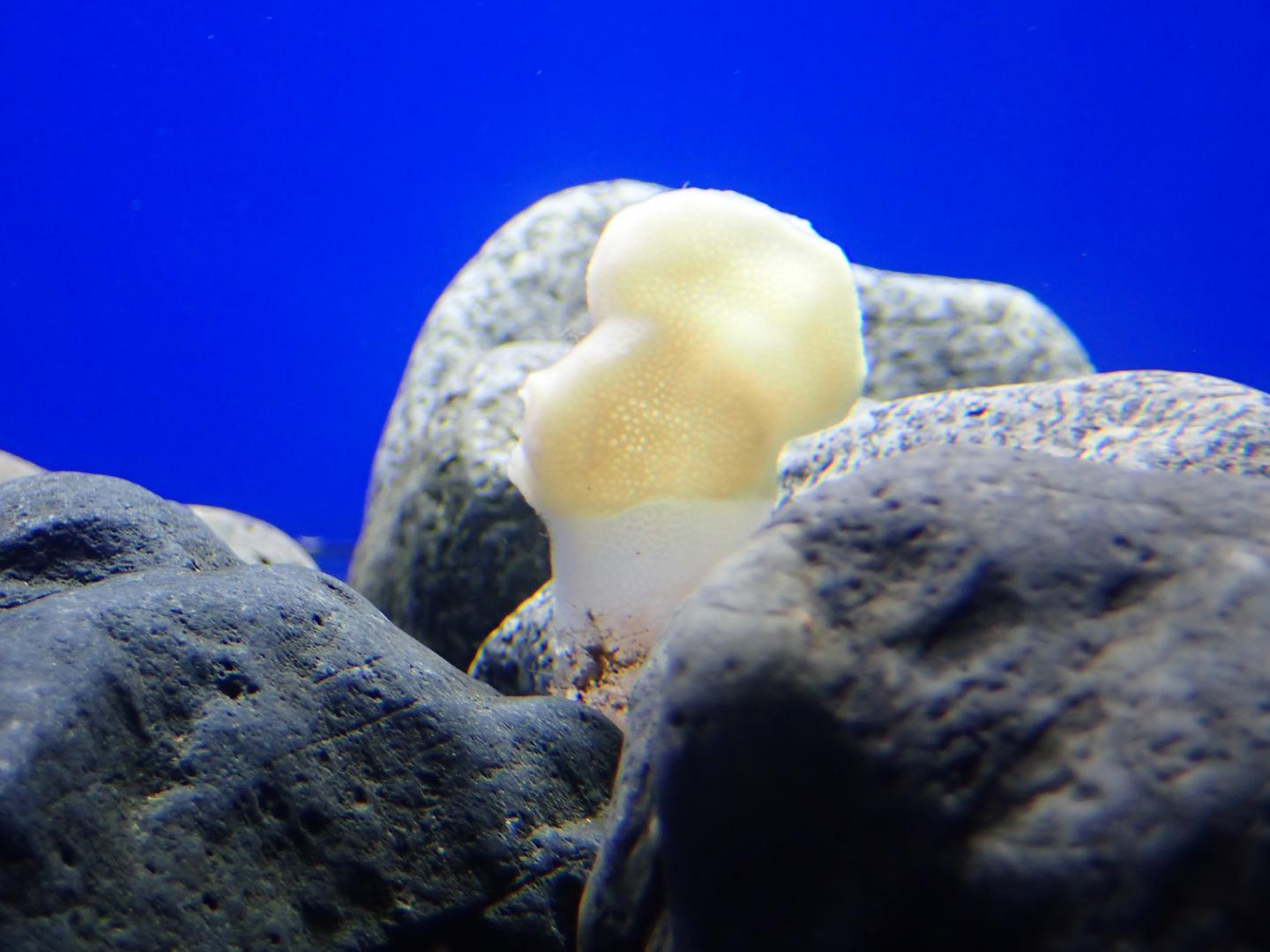 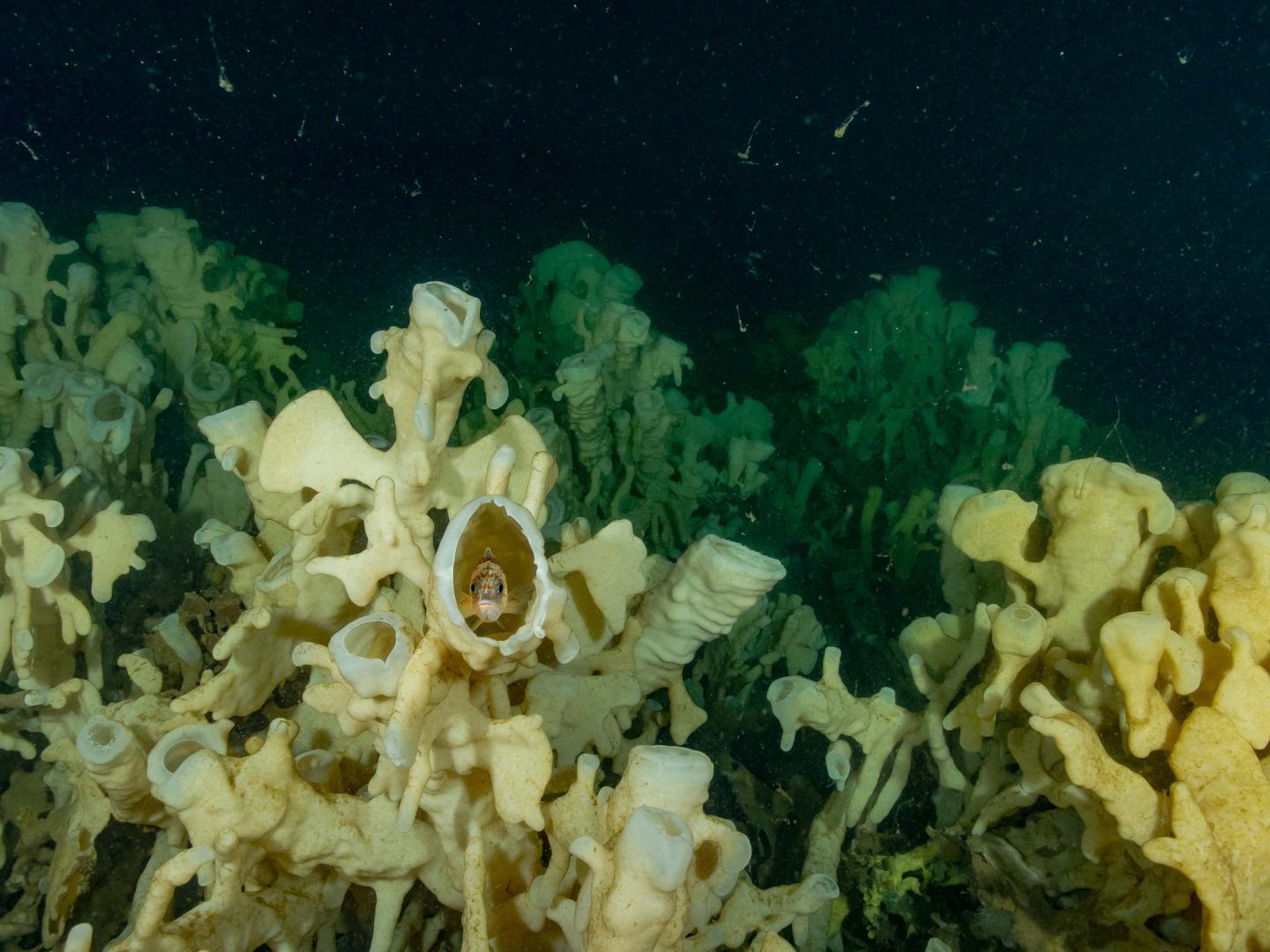 The findings, published in Scientific Reports, indicate that ongoing climate change could have serious, irreversible impacts on the sprawling glass sponge reefs of the Pacific Northwest and their associated marine life - the only known reefs of their kind in the world.

Ranging from the Alaska-Canada border and down through the Strait of Georgia, the reefs play an essential role in water quality by filtering microbes and cycling nutrients through food chains. They also provide critical habitat for many fish and invertebrates, including rockfish, spot prawns, herring, halibut and sharks.

"Glass sponge reefs are 'living dinosaurs' thought to have been extinct for 40 million years before they were re-discovered in B.C. in 1986," said Angela Stevenson, who led the study as a postdoctoral fellow at UBC Zoology. "Their sheer size and tremendous filtration capacity put them at the heart of a lush and productive underwater system, so we wanted to examine how climate change might impact their survival."

Although the reefs are subject to strong, ongoing conservation efforts focused on limiting damage to their delicate glass structures, scientists know little about how these sponges respond to environmental changes.

For the study, Stevenson harvested Aphrocallistes vastus, one of three types of reef-building glass sponges, from Howe Sound and brought them to UBC where she ran the first successful long-term lab experiment involving live sponges by simulating their natural environment as closely as possible.

She then tested their resilience by placing them in warmer and more acidic waters that mimicked future projected ocean conditions.

Over a period of four months, Stevenson measured changes to their pumping capacity, body condition and skeletal strength, which are critical indicators of their ability to feed and build reefs.

Within one month, ocean acidification and warming, alone and in combination, reduced the sponges' pumping capacity by more than 50 per cent and caused tissue losses of 10 to 25 per cent, which could starve the sponges.

"Most worryingly, pumping began to slow within two weeks of exposure to elevated temperatures," said Stevenson.

The combination of acidification and warming also made their bodies weaker and more elastic by half. That could curtail reef formation and cause brittle reefs to collapse under the weight of growing sponges or animals walking and swimming among them.

Year-long temperature data collected from Howe Sound reefs in 2016 suggest it's only a matter of time before sponges are exposed to conditions which exceed these thresholds.

"In Howe Sound, we want to figure out a way to track changes in sponge growth, size and area and area in the field so we can better understand potential climate implications at a larger scale," said co-author Jeff Marliave, senior research scientist at the Ocean Wise Research Institute. "We also want to understand the microbial food webs that support sponges and how they might be influenced by climate cycles."

Stevenson credits bottom-up community-led efforts and strong collaborations with government for the healthy, viable state of the B.C. reefs today. Added support for such community efforts and educational programs will be key to relieving future pressures.

"When most people think about reefs, they think of tropical shallow-water reefs like the beautiful Great Barrier Reef in Australia," added Stevenson. "But we have these incredible deep-water reefs in our own backyard in Canada. If we don't do our best to stand up for them, it will be like discovering a herd of dinosaurs and then immediately dropping dynamite on them."

The colossal reefs can grow to 19 metres in height and are built by larval sponges settling atop the fused dead skeletons of previous generations. In northern B.C. the reefs are found at depths of 90 to 300 metres, while in southern B.C., they can be found as shallow as 22 metres.

The sponges feed by pumping sea water through their delicate bodies, filtering almost 80 per cent of microbes and particles and expelling clean water.

It's estimated that the 19 known reefs in the Salish Sea can filter 100 billion litres of water every day, equivalent to one per cent of the total water volume in the Strait of Georgia and Howe Sound combined.