Climate may play a bigger role than deforestation in rainforest biodiversity 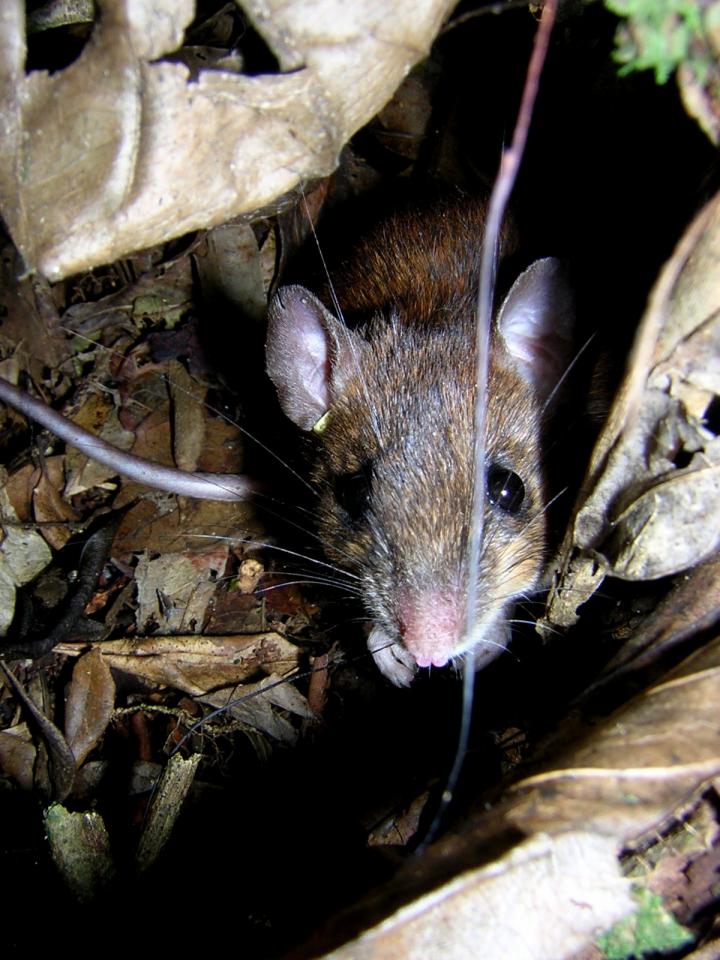 By measuring characteristics like ear, foot, and tail size in species like Euryoryzomys russatus, researchers can quantify functional diversity in large rainforests.

Newswise — "Save the rainforests" is a snappy slogan, but it doesn't tell the full story of how complicated it is to do just that. Before conservationists can even begin restoring habitats and advocating for laws that protect land from poachers and loggers, scientists need to figure out what's living, what's dying, and which patterns explain why. Tackling these questions--in other words, finding out what drives a region's biodiversity--is no small task.

The better we measure what's in these rainforests, the more likely we are to find patterns that inform conservation efforts. A new study in Biotropica, for instance, crunched numbers on a behemoth dataset on small mammals in South America and found something surprising in the process: that climate may affect biodiversity in rainforests even more than deforestation does.

Noé de la Sancha, a scientist at the Field Museum in Chicago, professor at Chicago State University, and the paper's lead author, stresses that changing how we measure biodiversity can uncover patterns like these.

"When we think about biodiversity, we usually think about the number of species in a particular place--what we call taxonomic diversity," says de la Sancha. "This paper aims to incorporate better measures of biodiversity that include functional and phylogenetic diversity."

Functional diversity looks at biodiversity based on the roles organisms play in their respective ecosystems. Rather than simply counting the species in an area, scientists can use categories--"Do these mammals primarily eat insects, or do they primarily eat seeds?" and "Do they only live on the forest floor, or do they live in trees?" as well as quantitative characters like weight and ear, foot, and tail size, for instance--to determine and quantify how many different ecological roles a habitat can sustain.

Meanwhile, phylogenetic diversity looks at how many branches of the animal family tree are represented in a given area. By this measure, a patch of land consisting almost entirely of closely-related rodents would be considered far less diverse than another that was home to a wide genetic range of rodents, marsupials, and more--even if the two patches of land had the same number of species.

By applying these approaches to data on all known small mammal species and all those species' characteristics, scientists are able to see the forest from the trees, uncovering patterns they wouldn't have using any single dimension of diversity alone.

This is how de la Sancha and his co-authors found, based on functional and phylogenetic measures, that while deforestation causes local extinctions, climate-related variables had more of an effect on small mammal biodiversity patterns across the entire forest system.

In other words, if a section of rainforest was cut down, some of the animals living there might disappear from that area, while the same species living in intact patches of rainforest could survive. And, the researchers found, even if a species disappears from one area, different species that play a similar role in the ecosystem tend to replace them in other forest patches and other parts of the forest system. Meanwhile, changes to the climate may have big, sweeping effects on a whole rainforest system. This study found that BIO9, a bioclimatic variable measuring mean temperature of the driest quarter--more simply put, how hot the forest is in its least rainy season--affects biodiversity across the whole forest system.

Knowing these climate variables play a role in rainforest health can be concerning. This study and others provide strong evidence of climate change's effects on large ecosystems, underlining the urgency of studying and protecting habitats like the Atlantic Forest, the South American forest system at the center of the study.

"We still have so much that we don't know about so many of these species, which underlines the necessity for more fieldwork," de la Sancha says. "Once we have more specimens, we can improve how we quantify functional diversity and our understanding of why these small mammals evolved the way they did. From there, we can keep better track of biodiversity in these areas, leading to improved models and conservation strategies down the line."

Still, with only 9-16 percent of the Atlantic Forest's original habitat space remaining, this study lends a silver lining to an otherwise grim narrative about the effects of human activity on rainforests.

"I think this gives us a little bit of hope. As long as we have forest--and we need to have forest still--we can maintain biodiversity on a large scale," de la Sancha says. "As long as we don't wipe it all out, there's good evidence to show that we can maintain biodiversity, at least for small mammals, and the ecosystem services these critters provide."