As surface warms, distribution of plant species could be affected 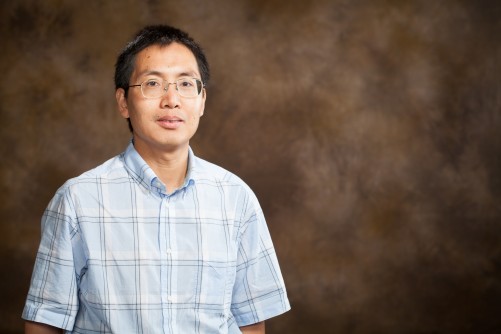 Newswise — FAYETTEVILLE, Ark. – Climate researchers have calculated that the spread of plant species in nearly half the world’s land areas could be affected by predicted global warming by the end of the century.

An international research team led by Song Feng, an atmospheric scientist at the University of Arkansas, used a scenario projecting a 3- to 10-degree increase in Celsius temperatures by 2100 to calculate that climate types will change in 46.3 percent of the global land area.

That scenario is referred to by climate scientists, according to Song, as “business as usual” because it assumes that “what we continue to do today we will do in the future, meaning that there will be no significant measures to reduce greenhouse-gas emissions that are warming the planet,” he said.

“Climates are associated with certain types of vegetation,” Feng said. “If the surface continues to get warmer, certain native species may no longer grow well in their climate, especially in higher latitudes. They will give their territory to other species. That is the most likely scenario.”

Feng and colleagues in the United States and Asia published their findings in the January issue of the journal Global and Planetary Change, in a study titled “Projected climate regime shift under future global warming from multi-model, multi-scenario CMIP5 simulations.”

Their study examined shifts in climate regimes around the world using the Köppen-Trewartha climate classification, which is based on the concept that native vegetation is the best expression of climate. The researchers analyzed observations made from 1900 to 2010, and simulations from 1900 to 2100 from 20 global climate models participating in a project of the World Climate Research Programme.

“Changes in precipitation played a slightly more important role in causing shifts of climate type during the 20th century. However, the projected warming plays an increasingly important role and dominates shifts in climate type when the warming becomes more pronounced in the 21st century,” said Feng, an assistant professor of geosciences in the J. William Fulbright College of Arts and Sciences.

“Those vast changes also imply that the global land area is experiencing vegetation-type conversions, with species distributions quite different from those that are familiar to us in modern civilization,” he said.

Feng’s study does not address exact changes to specific species, however. That area requires more research.

“This study is on the broad scale,” he said. “It’s showing the big picture.”

Overall, the models consistently project increasing precipitation over the high latitudes of the northern hemisphere and reduced precipitation in southwestern North America, the Mediterranean, northern and southern Africa and all of Australia, according to the study.

In 2011, Feng’s research team predicted a reorganization of Arctic climates by the end of the 21st century. Their predictions show the tundra in Alaska and Canada giving way to trees, shrubs and plants typical of more southerly climates, as well as other global landscape changes.

The 2011 study was one of the first to apply a specific climate classification system to a comprehensive examination of climate changes throughout the Arctic by using both observations and a collection of projected future climate changes.

The latest results were obtained through a collaborative effort with Qi Hu, Ruopu Li and Zhenghong Tang at the University of Nebraska-Lincoln, Wei Huang at Lanzhou University in China and Chang-Hoi Ho at Seoul National University in South Korea.