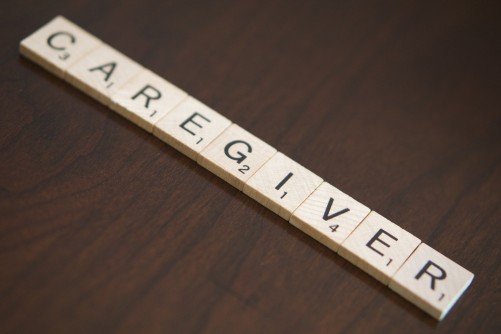 Cancer caregivers are stressed, potentially impacting the quality of the care they give. A University of Colorado Cancer Center clinical trial demonstrates how to help.

Newswise — Stem cell transplant is essential in the care of many blood cancers, but leaves patients requiring in-home care for months after. Frequently the role of caregiver falls to family or other committed members of the patient’s support network. Previous work shows dramatically increased stress in cancer caregivers, directly impacting the caregiver and indirectly impacting the cancer patient via reduced quality of care. A randomized control trial funded by the National Cancer Institute by members of the University of Colorado Cancer Center, published in the journal Bone Marrow Transplantation, demonstrates an intervention that successfully reduces the stress of caregivers in the context of cancer patients treated with stem cell transplantation.

“The first 100 days after a stem cell transplant is a critical period for patients in which caregivers are called upon to deliver around-the-clock care, providing support for patients’ everyday needs and also patients’ emotional health. But who takes care of the caregivers?” says Mark Laudenslager, PhD, investigator at the CU Cancer Center, director of the Behavioral and Endocrinology Laboratory at the CU School of Medicine, and the paper’s first author.

The study enrolled 148 caregivers of allogeneic hematopoietic stem cell (Allo-HSCT) patients, randomizing 74 into a group that was offered the study’s psychosocial intervention and 74 into a group that received treatment as usual (which included the availability but not the requirement of mental health support services). In the experimental group, caregivers received eight, one-on-one stress management sessions focused on understanding stress and its physical consequences, changing roles as caregivers, cognitive behavioral stress management, pacing respiration and identifying social support.

The group calls the intervention PsychoEducation, Paced Respiration and Relaxation, or PEPRR.

“We wanted to make sure PEPRR didn’t add any additional caregiver stress, for example by asking caregivers to schedule additional appointments. For that reason, we were pleased to be able to offer our intervention during cancer patients’ follow-up visits. By delivering care to the caregivers at the same time cancer patients were being seen by their doctors, we hoped to minimize the stress of the intervention itself,” Laudenslager says.

After the patient received stem cell transplant, Laudenslager and colleagues used a questionnaire known as the Perceived Stress Scale (PSS) to follow the trajectory of caregiver stress over time. (The 14-item scale had been used previously to show elevated levels of stress in allo-HSCT caregivers.) Researchers also measured caregivers’ depression and anxiety using similar, validated questionnaires.

“Of course, even as caregivers entered the hospital and were offered our study, their stress levels were already elevated,” Laudenslager says.

As seen in study results, at the one-month point, the stress of caregivers in the treatment as usual group started to rise, whereas stress in the group that received PEPRR continued to decline. Results of the PSS questionnaire administered 3 months after a patient’s stem cell transplant (near the end of the critical 100-day period) showed that the experienced stress of caregivers who had followed the PEPRR measured even below the average of the general population. At the end of the study period, mean stress in the PEPRR group was significantly lower than in he treatment-as-usual group. Measures of depression and anxiety were also lower in the PEPRR group.

“We see this as a promising intervention for cancer caregivers in these high-stress situations of home care after acute treatment,” Laudenslager says.

He also points out that the cost of the intervention is only about $500 per caregiver, compared with over $200,000 for an Allo-HSCT.

“Rescuing distress has the potential benefit of improving caregiver well-being and thus may permit the caregiver to be more effective in fulfilling their caregiver tasks,” the group writes.

This group is currently recruiting for a follow up study (NCT02037568) funded by Patient-Centered Outcomes Research Institute focused on evaluating improved quality of life in Allo-HSCT patients whose caregivers participate programs similar to the PEPRR intervention studied in the current trial.