Clinician, Scientists of the Year Work to Conquer Cancer

Trio to be honored at The Julep Ball May 2 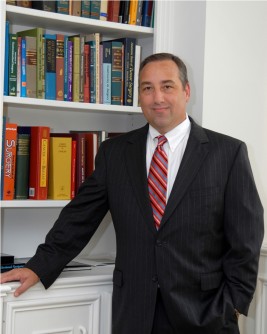 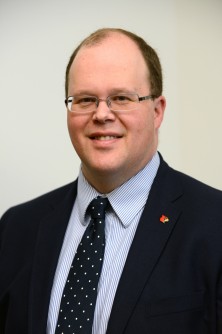 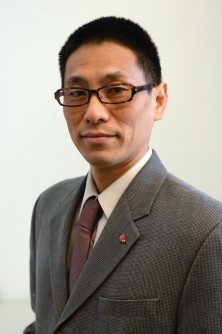 Newswise — LOUISVILLE, Ky. – One night each year, a moment is taken to focus on those who work 365 days for the cause.

That is when The Julep Ball honors the Clinician and Scientist of the Year from the James Graham Brown Cancer Center at the University of Louisville. This year’s honorees will be recognized at the May 2 event at the KFC Yum! Center.

The Clinician of the Year is surgeon Kelly M. McMasters, M.D., Ph.D. For the first time, a research duo was selected for the Scientist of the Year award, Kenneth E. Palmer, Ph.D., and Nobuyuki Matoba, Ph.D.

McMasters: ‘We cut out cancer’

Kelly McMasters puts his life’s work succinctly: “We cut out cancer.” His passion for and dedication to that task are readily apparent. His title, however, is not so succinct: McMasters is the Ben A. Reid, Sr., M.D., Professor and Chair of the Hiram C. Polk, Jr., M.D., Department of Surgery in the School of Medicine at UofL. He leads a department with more than 80 full-time faculty members in general surgery, otolaryngology, transplant surgery, communicative disorders, pediatric surgery, plastic and reconstructive surgery, surgical oncology, vascular and endovascular therapeutics and hand surgery. The department also has three residency and six fellowship programs with more than 60 surgical trainees each year. It is his own work as a surgeon, however, that has made him Clinician of the Year. Although highly trained with years of experience in the complex field of surgical oncology, McMasters sees his role in simple, direct terms: making people’s lives better. “We are able to cure the majority of patients by performing surgery,” he says, “but those few who aren’t cured still see an improvement in the quality of their lives. “And, when the cancer isn’t curable, I can help people leave this world with grace and dignity. That is just as important.” He discovered his vocation early. “In my surgical training, I never saw anyone more appreciative than patients with cancer. It is incredibly rewarding to have that impact. Our patients and their families are so appreciative of our skill as well as our honesty and straightforwardness with them. “You can’t sugarcoat cancer, and they appreciate that.” A researcher and educator as well as clinician and department chair, McMasters sees his role as clinician as the most rewarding. “This field is full of opportunities – to do research, to teach, to provide care – but at the end of the day, there is just something good about cutting someone’s cancer out. It’s that simple.” A native of New Jersey, McMasters came to UofL after graduating with his M.D. degree from the Robert Wood Johnson Medical School at Rutgers University and his Ph.D. in cell and developmental biology from Rutgers. He was drawn to UofL by the then chair of surgery, Dr. Hiram C. Polk Jr. “I met Dr. Polk during my residency interviews and never wanted to go anywhere else,” he says. “This department is a top 20 surgical department because of Dr. Polk and a great place to do all the things I wanted to do.” The married father of three – wife Beth is an attorney and the couple has three sons, Austin, Steven and Owen – says the difference in the quality of care provided by UofL is rooted in its multidisciplinary aspect. “It does matter where you go for your cancer care, and the best care is multidisciplinary care,” McMasters says. “The reason the James Graham Brown Cancer Center is successful is because we have multidisciplinary teams in both clinical care and research made up of the best people not only from this country but from around the world. “So whenever we care for patients, we have the best minds, coming from all disciplines, working together. It is what sets us apart.” He cites the leadership of Brown Cancer Center Director, Donald Miller, M.D., Ph.D., and deputy director Jason Chesney, M.D., Ph.D., as crucial to that success. “Each week, we have had our multidisciplinary melanoma clinic. It is a wonderful collaboration and partnership that brings about the absolute best care for our patients.” Continuing that high caliber work requires continued investment, he adds. “Our work doesn’t come easy in this day when funding is limited in every way. If we want to be able to continue to recruit and retain the best and brightest clinicians, scientists, and trainees, the ongoing investment of the people in our community is crucial. We need it and are grateful for it.”

It appears counterintuitive to take something that causes cancer and other life-threatening diseases and believe that future cures could come from it.

Yet that is what the 2014 Scientists of the Year, Kenneth E. Palmer, Ph.D., and Nobuyuki Matoba, Ph.D., are doing.

Palmer is a professor of pharmacology and toxicology with the UofL School of Medicine and senior scientist in the Owensboro Cancer Research program, an innovative public-private partnership among UofL, the James Graham Brown Cancer Center and the Owensboro Health System. Matoba is a researcher with the program and associate professor of pharmacology and toxicology.

The two are working on research using the tobacco plant that could lead to future vaccines for cervical cancer, HIV and cholera, diseases that have the greatest impact in impoverished countries.

It is terrain Palmer knows well. A native of Harare, Zimbabwe, Palmer focuses on developing a low-cost vaccine for cervical cancer that can be delivered without use of needles; his homeland of Zimbabwe has one of the highest incidences of the disease in the world. He also is at work to develop microbicides to prevent transmission of HIV – “the scourge of sub-Saharan Africa; women there account for more than half of the world’s new HIV cases,” he says.

Matoba is working with Palmer on the HIV microbicide research and also is researching an oral vaccine for cholera. His early work indicates it also could mitigate colitis as well, preventing the severity of inflammation from the disease and ultimately might prevent colon cancer.

Their research uses the tobacco plant, a crop that plentiful in Kentucky. “We are creating new biologics in Kentucky using tobacco, long a cornerstone of Kentucky life,” Palmer says. Adds Matoba, “Having this recognition (as Scientist of the Year) means a lot to the field of plant-based research. We are building the Owensboro program to be among the top in the world at producing protein-based drugs from plants.”

Both are invested in building the program in Owensboro where they live with their families. Palmer and his wife Petra, an artist, have five children, ranging in age from 3 months to 14 years: Leo, Juliette, Peter, Alice and Iona. Matoba and his wife Akiko, a pianist, have a son, Ichiro, 9, and a daughter, Yuriko, 2. The researchers are appreciative of what Owensboro has done to help further their work.

“There is a community development mission to harness the biomedical resources environment in Western Kentucky to produce plant-made, plant-derived pharmaceuticals,” Palmer says. Matoba cites their advantages: “low cost and low energy to produce; ability for large-scale production; and safety to humans.”

The first faculty member recruited to the Owensboro program, in 2006, Palmer notes what is for research a rapid progression. “We are at the stage where we are planning the first in-human clinical trial of our cervical cancer vaccine for 2015,” he says. “To have this trial come to fruition, from start up to clinical trial in what will be less than nine years, is amazing.”

The two work in facilities provided by the Owensboro Health System, and “its contribution is huge,” says Matoba, an Osaka, Japan, native who came to the program in 2008. “This hospital wants to contribute to research, which has no immediate gain; the goal in research is always long-term. Yet they are working with us to make Owensboro a world center for plant-based drug development.”

“The Owensboro community provides world-class labs, amazing facilities, along with funding and personnel assistance,” adds Palmer. “With UofL and the James Graham Brown Cancer Center, we have trained dozens of researchers and provided jobs in Owensboro that otherwise would not exist.

“It is all due to the vision and leadership of Don Miller. He has enabled us to grow a program that takes a plant, tobacco, that has for centuries caused disease and death and now hopefully, will help bring wellness and life.”

About The Julep BallThe premier Derby Eve Party with a Purpose, The Julep Ball is held annually on the evening before the Kentucky Derby and supports the work of the James Graham Brown Cancer Center at the University of Louisville. The event on May 2 at the KFC Yum! Center kicks off with a 6:30 p.m. cocktail reception, followed by dinner and a live auction at 8 p.m. An Official Event of the 140th Kentucky Derby®, The Julep Ball provides a celebrity-studded night to remember with a multi-course seated dinner, a knock-your-socks-off auction, multiple open specialty bars, complimentary valet parking, and dancing until the wee hours of Derby morning. Tickets to The Julep Ball sell out early each year. The full evening’s entertainment is $600 per person, $5,000 for a table of 10, and $100 per person for dance-only tickets. For further information and to buy tickets, go to The Julep Ball website, julepball.org.

About the James Graham Brown Cancer Center:The James Graham Brown Cancer Center is a key component of the University of Louisville Health Sciences Center. As part of the region's leading academic, research and teaching health center, the cancer center provides the latest medical advances to patients, often long before they become available in non-teaching settings. The JGBCC is a part of KentuckyOne Health and is affiliated with the Kentucky Cancer Program. It is the only cancer center in the region to use a unified approach to cancer care, with multidisciplinary teams of physicians working together to guide patients through diagnosis, treatment and recovery. For more information, visit our web site, www.browncancercenter.org. 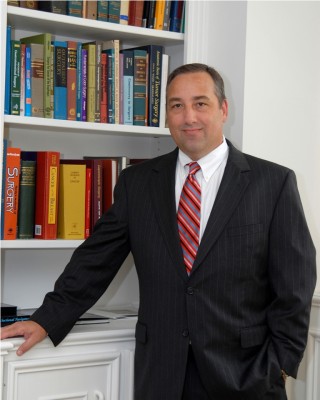 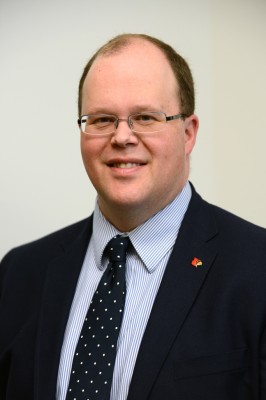 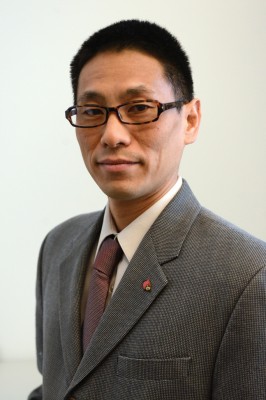