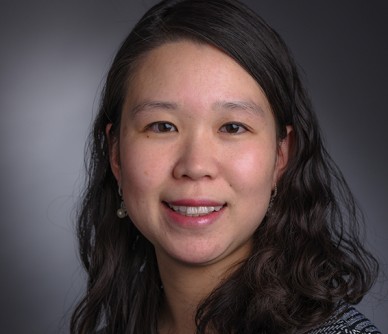 Newswise — A sizable percentage of elderly patients with blood-related cancers such as leukemia and multiple myeloma are apt to show signs of diminished cognitive functioning, a decline that may impact their survival, a new study by investigators at Dana-Farber Cancer Institute and Brigham and Women's Hospital (BWH) indicates.

The findings, published online today by the journal JAMA Oncology, suggest that screening for specific types of cognitive impairment may be useful in older patients with blood cancer, and that patients found to have such impairment can benefit from oncologists' tailoring their explanations and care instructions to patients' individual needs, the authors say.

"As the population ages, cognitive impairment is likely to become increasingly common among patients with cancer, diseases that, to a large extent, are associated with aging," says the study's lead author, Tammy Hshieh, MD, MPH, of Dana-Farber and BWH. "Mild changes in memory or thinking may not affect everyday activities, but they can come to the fore in times of stress and affect patients' abilities to care for themselves. We wanted to get a sense of the prevalence of certain types of cognitive impairment and whether they impact survival in older patients with hematologic cancers."

In the study, investigators screened 360 patients 75 years of age and older who received a consultation at Dana-Farber for treatment of leukemia, lymphoma, or multiple myeloma — cancers of the blood and lymph systems. The patients were assessed for physical frailty and took standard screening tests for cognitive impairment in working memory and executive function. Working memory is the part of short-term memory concerned with immediate perception: understanding one's environment and comprehending language. Executive function involves the ability to pay attention, plan, remember instructions, and handle multiple tasks successfully.

The screening showed that 35 percent of the patients had probable executive dysfunction and 17 percent had probable impairment in working memory. Patients who showed impairment in either of these areas were more likely than others to be deemed physically frail or "pre-frail" (prone to become frail).

When investigators examined whether cognitive decline affected patient survival, the results varied depending on the area in which the decline occurred. Patients with impaired working memory lived for a median period of 10.9 months, compared to 12.9 months for those without impairment — an 18 percent decrease. For patients undergoing intensive treatment for their cancer, median survival was lower among those with impaired working memory as well as those with executive dysfunction.

Hshieh notes that mild forms of cognitive impairment may not always be obvious — to physicians, to patients themselves or to close family members. People with such impairment may appear physically well and may retain the social graces and habits that enable them to go about their daily routines without much problem. But when put under stress, such as chemotherapy, feeling unwell from their cancer, medical work-up and tests, patients' cognitive impairment can become more obvious. The association between cognitive declines — particularly in working memory — and shortened survival underscores the need to screen for such declines in elderly patients and adjust treatment plans accordingly.

"Patients with working memory problems may have difficulty remembering medication schedules or following multiple-step instructions," Hshieh remarks. "They may be at risk of becoming dehydrated or not knowing what to do if they experience side effects of treatment.

"Counseling that acknowledges and anticipates the needs of such patients has a major role," she continues. "It's important to educate patients about when to call their doctor about a problem, and when to make an appointment to be seen. It's also important for clinicians to take time to explain treatment options to impaired patients and their caregivers to ensure they make choices in line with their values and priorities."