‘Collision Course’ in the Science of Consciousness 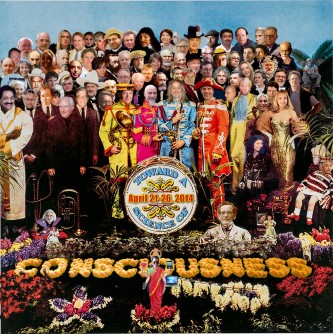 Newswise — The nature of consciousness, the reality it conveys and our place in the universe remain unknown. Since ancient times, two types of views have approached these questions. In Western science and philosophy, consciousness is strictly a by-product of brain activity, the reality it perceives not to be trusted (‘Plato’s cave’, Descartes’ ‘brain-in-a-vat’, Dennett’s ‘multiple drafts’). On the other hand, in Eastern philosophy, consciousness is primary, the fundamental basis for reality.

William James popularized consciousness at the turn of the 20th century, but behaviorist psychologists then focused on quantifying brain function. Because consciousness is unmeasurable, it became a ‘dirty word’ in academic circles. Meanwhile in physics, the ‘conscious observer’ was invoked to account for quantum state reduction, or ‘collapse of the wave function’, a pragmatic solution to the ‘measurement problem’, but one which put consciousness outside science.

Around the early 1990s, great scientists Francis Crick, Sir Roger Penrose and others seriously addressed consciousness. As the topic became more acceptable, the first interdisciplinary conference ‘Toward a Science of Consciousness’ was held in 1994 in Tucson, Arizona, where then-unknown philosopher David Chalmers set the tone. He talked about how problems like memory, learning, attention and behavior were relatively easy compared to the really ‘hard problem’ of how and why we have conscious experience. We could have been non-conscious, robot-like ‘zombies’ with no inner life. How and why do we have feelings and awareness? It was the ‘hard problem’.

After two decades, the two pictures painted by Crick and Penrose (harkening, respectively, and very roughly, to ancient West and East) provide scientific backbones for the two major approaches to consciousness and the ‘hard problem’ today.

In his 1994 book “The astonishing hypothesis”, Francis Crick considered consciousness to be identical to the brain’s neuronal electrochemical activities, suggesting our conscious minds were ‘nothing but a pack of neurons’. Crick teamed with neuroscientist Christof Koch to base the ‘neural correlate of consciousness’ (‘NCC’) on computation performed by neuronal (axonal) ‘firings’ and synaptic transmissions. For a time, Crick and Koch also espoused neuronal synchrony, for example the famous 40 Hz oscillations discovered by Wolf Singer, as the NCC, but later recanted, apparently because such synchrony, like electro-encephalography (‘EEG’), occurs mainly through dendritic/somatic activities, not axonal firings.

Koch now teams with psychiatrist and neuroscientist Giulio Tononi in applying principles of integrated information, computation and complexity to the brain’s neuronal and network-level electrochemical activities. In their view, consciousness depends on a system’s ability to integrate complex information, to compute particular states from among possible states according to algorithms. Deriving a measure of complex integration from EEG signals termed ‘phi’, they correlate consciousness with critically complex levels of ‘phi’.

Regarding the ‘hard problem’, Koch, Tononi and their physicist colleague Max Tegmark have embraced a form of panpsychism in which consciousness is a property of matter. Simple particles are conscious in a simple way, whereas such particles, when integrated in complex computation, become fully conscious (the ‘combination problem’ in panpsychism philosophy). Tegmark has termed conscious matter ‘perceptronium’, and his alliance with Koch and Tononi is Crick’s legacy and a major force in the present-day science of consciousness. Their view of neurons as fundamental units whose complex synaptic interactions account for consciousness, also supports widely-publicized, and well-funded ‘connectome’ and ‘brain mapping’ projects hoping to capture brain function in neuronal network architecture.

Koch, Tononi and Tegmark will present their case at the upcoming 20 year anniversary ‘Tucson conference’, Toward a Science of Consciousness’ April 21-26, 2014 (www.consciousness.arizona.edu). Also speaking there will be brain mapping experts Henry Markram and Karl Deisseroth, computationalists Sue Blackmore and Daniel Dennett (whose ‘multiple drafts’ model claims competition among neural events for global influence creates an illusory "Cartesian Theater" of consciousness in the brain) and functionalist John Searle. Taken together, they represent the general assertion that consciousness relates to complex computation among brain neurons. What else could it be?

In his 1989 book “The emperor’s new mind”, Sir Roger Penrose took a quite different approach. He questioned whether consciousness was indeed computation, as is commonly assumed. Penrose explained that computers lack understanding, and some additional non-algorithmic, ‘non-computable’ factor was required. That factor, he suggested, involved ‘collapse of the wave function’—an event in which quantum superpositions terminate by a particular type of state reduction due to an objective threshold in the fine scale structure of the universe (‘objective reduction’, ‘OR’). That last step is a big one, but as Penrose later said (quoting Sherlock Holmes) “when you eliminate the impossible, whatever’s left must be correct, no matter how seemingly improbable”.

Penrose accounted for quantum superposition, e.g. particles in two locations simultaneously, as separation in underlying spacetime geometry. If a separation were to continue, each possibility would form its own universe—the ‘multiple worlds hypothesis’. But Penrose reasoned spacetime separations were unstable, and would reduce, or collapse to particular states at time t by an objective threshold (objective reduction, OR) given by a form of the uncertainty principle, t = h/EG (h is the Planck-Dirac constant, EG the gravitational self-energy of the superposition separation). Each such OR event selects classical reality, and is accompanied by conscious experience. In one audacious proposal, Penrose addressed consciousness and the measurement problem by reconciling quantum mechanics with general relativity.

The OR conscious connection to spacetime geometry struck many as consistent with Eastern philosophy, or spiritual approaches, in that conscious events (or their ‘proto-conscious’ precursors) are ubiquitous (though Sir Roger himself has never drawn that comparison). OR events are also consistent with discrete ‘moments’ in Buddhist practices, and ‘occasions of experience’ suggested by early 20th century philosopher Alfred North Whitehead. Rather than a property of matter, OR views consciousness as a sequence of discrete events, like (conscious) frames in a movie, rearrangements in the fine scale structure of reality.

Penrose OR occurring in random environments (i.e. decoherence) would be accompanied merely by non-cognitive, proto-conscious experience without meaning or understanding. Like the panpsychist combination problem for particles, full, rich OR conscious events would require combination, integration or ‘orchestration’ of superpositions prior to OR. How could this occur in the brain?

Penrose teamed with anesthesiologist Stuart Hameroff to develop the ‘Orch OR’ theory based on microtubules, lattice polymers inside brain neurons, a deeper level, finer scale processing than is generally considered. Orch OR suggests microtubule quantum superpositions are ‘orchestrated’ (‘Orch’) by memory, synaptic inputs and natural resonances to enable functional quantum computation until time t = h/EG, resulting in Orch OR events accompanied by meaningful conscious experience. Microtubule states selected in Orch OR events (e.g. in pyramidal neuron dendrites and soma) can modulate synapses and trigger axonal firings to control behavior. Orch OR has explanatory power. But from its inception in the mid-1990s, Orch OR has been viewed skeptically, as the brain was considered too ‘warm, wet and noisy’ to avoid thermal decoherence. In 2000, physicist Max Tegmark developed a formula for microtubule quantum states, and calculated a microtubule decoherence time of 10-13 secs at brain temperature, far too brief for physiological effects such as EEG (e.g. ~10-2 secs). However (with apologies to Shakespeare’s Hamlet) ‘something was rotten in Tegmark’s formula’. For example his superposition separation distance was 7 orders of magnitude greater than that proposed in Orch OR. When corrected, microtubule decoherence time was recalculated as 10-4 secs (far longer, but still too brief for EEG).

The Tegmark article and its rebuttal pitted theory versus theory, however beginning in 2006, evidence for warm quantum coherence has been demonstrated in photosynthesis, bird navigation, olfaction, and….microtubules. Nanoneurobiologist Anirban Bandyopadhyay has found quantum resonance (gigahertz, megahertz and kilohertz) in single brain microtubules, and microtubule bundles inside active neurons, with microtubule quantum coherence as long as 10-4 secs (10 kilohertz). Microtubule quantum vibrations appear to resonate over different scales, and can interfere, e.g. ~10 megahertz, to generate slower ‘beat frequencies’ seen as EEG rhythms. Microtubule coherence for 10-7 secs is thus sufficient for Orch OR, and 10-4 secs coherence has already been demonstrated. Recent studies show anesthetics act in microtubules to selectively erase consciousness, rather than membrane proteins as is commonly assumed.

Orch OR appears to be on firm ground, and will be well represented at the Tucson conference. Sir Roger Penrose will give the keynote address, and Hameroff and Bandyopadhyay will speak in a session with Tegmark following Koch and Tononi. Deepak Chopra will defend Eastern spiritual approaches in a session with John Searle, and Sam Parnia will discuss near death and out-of-body studies with Sue Blackmore. In the conference opener, Chalmers and Dennett square off on the ‘hard problem’.

Neuronal computationalists have held the scientific high ground for decades, but quantum underdogs are catching up rapidly. The two views will clash in erstwhile ‘Wild West’ Tucson, a modern day science-of-consciousness ‘shootout at the OK corral’.

Toward a Science of Consciousness 2014The 20th Anniversary Conference April 21-26, 2014Marriott University Park, Tucson, ArizonaSponsored by the Center for Consciousness Studiesat the University of Arizona[email protected]

Toward a Science of Consciousness is a rigorous interdisciplinary conference covering neuroscience, psychology, philosophy, cognitive science, artificial intelligence, molecular biology, medicine, quantum physics, cosmology, art, technology, and experiential and contemplative approaches to the understanding of consciousness. This 20th anniversary conference will reflect on progress, challenges and future directions from an estimated 800 participants from over 60 countries. Program sessions will include plenary and keynote talks and panels, concurrent talks, posters, art/science demos and exhibits, pre-conference workshops, side trips, and social events in the Tucson tradition.