Colon Cancer: Early Detection Can Save Your Life 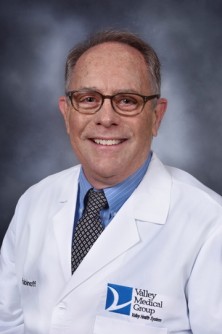 According to Mitchell Rubinoff, M.D., Chair, Gastroenterology, Valley Medical Group, “In order to reduce the mortality rate of this disease, it is crucial for individuals to be aware of the signs of colon cancer—and not hesitate to have any cause for concern checked out as soon as possible. Early detection saves lives!”

What is Colon Cancer?

Often referred to together as colorectal cancer, colon cancer is cancer of the large intestine (colon), and rectal cancer is cancer of the last few inches of the colon. It most often begins as precancerous polyps on the inside lining of the colon. Colon polyps, as defined by the National Institutes of Health, are growths on the lining of your colon or rectum.

Who is At Risk?

Both men and women are at risk for developing colorectal cancer, even if they do not have any of the identifiable risk factors such as:• A family history of colorectal cancer• Being over age 50• Colorectal polyps• Genetic changes

“It is best to catch colorectal cancer before you become symptomatic. Doctors can actually prevent cancers from ever developing by removing polyps and they can cure more patients by diagnosing cancer at an early stage,” explains Dr. Rubinoff.

Possible screening tests for colorectal cancer include stool tests, colonoscopy, or virtual colonoscopy. A colonoscopy is an outpatient procedure that is used to try to detect colon polyps and remove them before they can become cancerous. Your doctor will work with you to decide which test is appropriate for your individual history and symptoms.

It is also important for individuals who are not showing any symptoms of colorectal cancer to go for routine screenings. The CDC states that “The U.S. Preventive Services Task Force recommends that adults age 50 to 75 be screened for colorectal cancer. The decision to be screened after age 75 should be made on an individual basis. If you are older than 75, ask your doctor if you should be screened. People at higher risk of developing colorectal cancer should begin screening at a younger age, and may need to be tested more frequently.”

There are many potential symptoms of colon cancer and it is important to note that there is a great deal of overlap between colon cancer’s symptoms and symptoms of other illnesses. And, while it is possible that your symptoms may be caused by something else, you should still be aware of what to look out for and make sure to see your doctor right away if you experience any of the following symptoms:

• A change in bowel habits, such as diarrhea, constipation, or narrowing of the stool, that lasts for more than a few days• A feeling that you need to have a bowel movement that is not relieved by doing so• Rectal bleeding• Dark stools, or blood in the stool (often, though, the stool will look normal)• Cramping or abdominal (belly) pain• Weakness and fatigue• Unintended weight loss

Recognizing these symptoms, which are outlined by the American Cancer Society, is the first step to early detection. Once you alert your doctor to these symptoms, you may be sent for screening tests to confirm a diagnosis.

You can help to prevent cancer by exercising, eating fresh fruits and vegetables, and maintaining a healthy weight. Be proactive and take charge of your health!