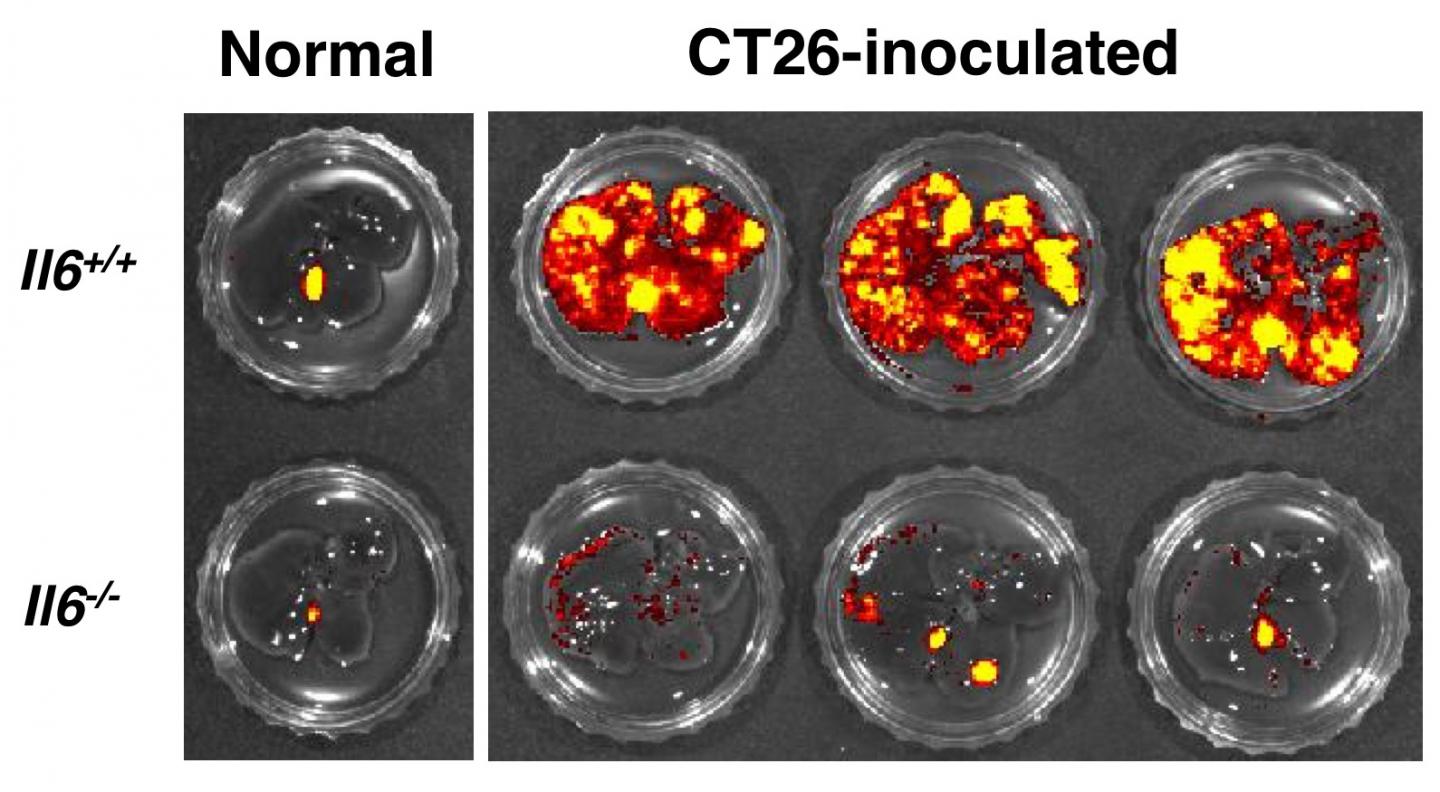 Newswise — A protein that helps colorectal cancer cells spread to other parts of the body could be an effective treatment target.

Colorectal cancer patients with an immune system-regulating protein called interleukin 6 (IL-6) are more likely to have recurring tumors that can also spread to the liver, according to research published in the journal Cancer Immunology Research. The Hokkaido University investigations into the protein's role in liver metastasis could help improve colorectal cancer treatment options.

Colorectal cancer is the second most common cancer in women and third most common in men. The spreading of this cancer to other organs, most often to the liver, significantly reduces patient survival.

One cancer treatment approach is immune therapy, which stimulates a person's own immune system to attack tumor sites. However, its effectiveness varies with different cancers and in different people. This suggests that several different mechanisms are working at the same time to suppress the immune systems of those with cancer. Scientists are seeking ways to improve the effectiveness of immune therapy for patients.

Immunologist Hidemitsu Kitamura and colleagues at Japan's Hokkaido University had previously found IL-6 expression plays a role in suppressing immune response in tumor tissues. They wanted to see if it also helps spread colorectal cancer to the liver.

They found that IL-6 expression had a significant effect on the spread of colorectal cancer to the liver in both mice and humans by helping suppress certain anti-tumor immune functions. In contrast, when IL-6 expression was lacking, the roles of anti-tumor immune cells, like dendritic cells and cytotoxic T cells, were enhanced. A drug administration targeting immune suppressing protein PD-L1 showed to be more effective in mice lacking IL-6 expression. Furthermore, statistical analyses showed human colorectal cancer patients whose tumor tissues do not express IL-6 survived for longer than those whose tumors did express the protein.

"We hope that targeting IL-6 will be an effective approach to reduce the spread of cancer and improve survival in colorectal cancer patients. This approach could be combined with other immune therapy strategies, such as the one targeting PD-L1, to augment their effects on colorectal cancer in the future," says Hidemitsu Kitamura.