Nationwide Children’s Hospital will remain title beneficiary of the event 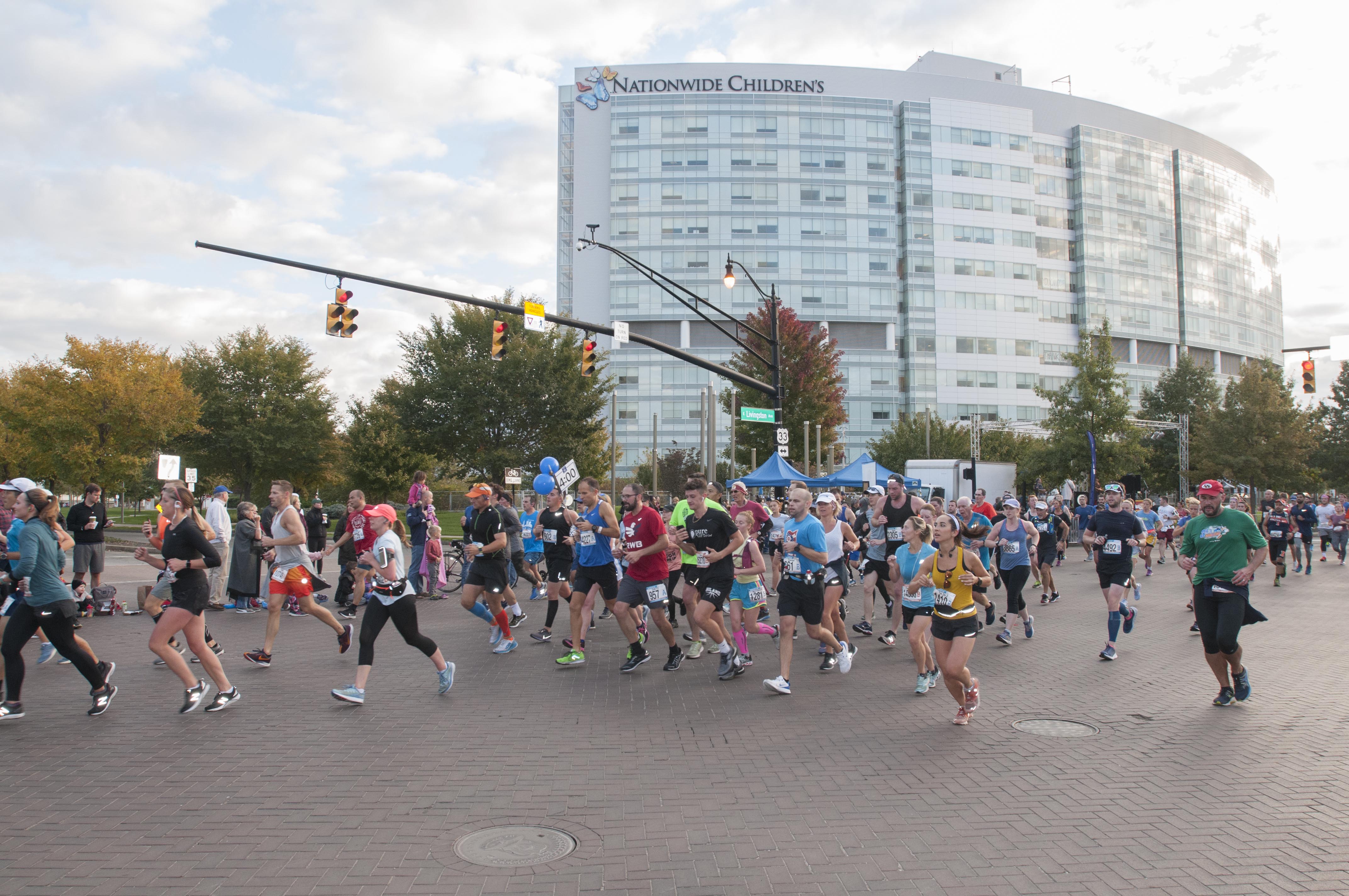 The Columbus Marathon and Nationwide announced Nationwide Children's Hospital will remain the title beneficiary of the event.

Newswise — (COLUMBUS, OH – February 12, 2020)– The Columbus Marathon and Nationwide announced today that they have renewed their partnership for the annual running and walking event through 2024. The two organizations also announced that Nationwide Children’s Hospital will remain the title beneficiary of the event for the next five years.

“We’re excited to extend this incredible community collaboration for another five years,” said Kirt Walker, Nationwide’s Chief Executive Officer. “The partnership has exceeded expectations in terms of impact and results for our community. We’re immensely thankful for all the support given over the years, and we encourage corporate partners who aren’t yet involved to consider joining us to support this important cause.”

Other major corporate sponsors of the event since the partnership was formed include L BrandsFoundation and The Dispatch Media Group. Additionally, the Columbus Marathon Board hasdonated $1.2 million during the last eight years.

Race participants also have the opportunity to contribute by making a voluntary gift at registration or joining the “Children’s Champion” fundraising program organized by NationwideChildren’s Hospital. Gifts from the community are also welcome.

Dan Leite, Chairman of the 11-member Marathon Board of Directors, said the decision to renew was easily made, while the length of the agreement showcases the strength and benefits that have resulted from the partnership. This is the second consecutive time the partnership has been extended for five years.

“This partnership and our event have always centered around befitting our community, as this amazing joint effort has led to an incredible level of support for Nationwide Children’s Hospital,”Leite said. “Our Board is extremely excited about our continued efforts to enable the hospital to make miracles happen for children and their families.”

Darris Blackford, Race Director, said specific benefits from the partnership include increased awareness for the race, which has led more businesses to provide in-kind support of products and services and their employees to volunteer as a way to “give back” to a far-reaching community-minded event.

“We are finding a high level of support as a result of partnering with an institution as important as Nationwide Children’s Hospital,” Blackford said. “Whether people are running, walking,volunteering or providing support, it is for the kids.”

Each year, each of the 24 miles of the Marathon features a patient from Nationwide Children's Hospital. These “Patient Champions” and their families cheer on athletes and serve as a visual reminder of how the event helps ill and injured children. Additionally, children who participated as Patient Champions in previous years gather at one spot known as “the Encore Mile,” while another is “the Angel Mile” to honor children who have passed away. To learn about all the patients and ways to get involved, please visit NationwideChildrens.org/Marathon.

About Nationwide
Nationwide, a Fortune 100 company based in Columbus, Ohio, is one of the largest and strongest diversified insurance and financial services organizations in the United States. Nationwide israted A+ by both A.M. Best and Standard & Poor’s. An industry leader in driving customer-focused innovation, Nationwide provides a full range of insurance and financial services products including auto, business, homeowners, farm and life insurance; public and private sector retirement plans, annuities and mutual funds; excess & surplus, specialty and surety; pet,motorcycle and boat insurance. For more information, visit www.nationwide.com. Follow us on Facebook and Twitter.

Nationwide, Nationwide is on your side and the Nationwide N and Eagle are service marks of Nationwide Mutual Insurance Company. © 2020

Founded in 1980, the Columbus Marathon is one of the top 20 largest marathons in the country. The ½ Marathon is the largest held in Columbus.