Newswise — SAN FRANCISCO, March 16, 2017—-An emerging approach for cancer treatment seeks to combine radiation therapy with immune checkpoint inhibitors (ICPIs) to more effectively control tumors in the chest with an acceptable risk of severe treatment-related side effects. Ten percent of patients in a retrospective analysis of metastatic lung cancer experienced severe toxicity as a result of the combination therapy. Findings will be presented tomorrow at the 2017 Multidisciplinary Thoracic Cancers Symposium.

Cancer cells produce proteins that are designed to stop the body’s natural immune response to overtake the disease. One type of targeted therapy uses immune checkpoint inhibitors to stop cancer growth by blocking these proteins, which allows the immune system to remain active and attack malignant cells more successfully. A potential downside to this form of immunotherapy, however, is that the immune system may also target healthy cells and cause serious treatment-related side effects for some patients. Moreover, research on the potential of immune checkpoint inhibitors used in conjunction with traditional therapies, such as thoracic radiation therapy (RT), is still relatively new.

“In previous analyses, our team found that a combination of radiation therapy and anti-PD-1 therapy was safe and effective in treating melanoma-related brain metastases,” said Kamran A. Ahmed, MD, lead author of the study and a resident in radiation oncology at the Moffitt Cancer Center in Tampa, Florida. “The current findings show potential for the tolerability and efficacy of this combined approach for treating thoracic tumors, as well.”

Findings are based on a retrospective analysis of 29 metastatic lung cancer patients treated with thoracic RT and immune checkpoint inhibitors at a single institution between February 2012 and May 2016. Patients received RT within the six months preceding or six months following initiation of ICPIs , given as anti-PD-1 therapy or anti-PD-L1 therapy alone or in combination with anti-CTLA-4 therapy. Seventeen patients (59%) received a single-agent ICPI, and 12 patients received combination ICPIs. All patients received ICPIs until their disease progressed.

The median patient age at the time of study enrollment was 64 years, and 55 percent of patients were female. Most patients presented with non-small cell lung cancer (79%) and ECOG 1 performance status (69%). The number of metastatic sites ranged from two to eight, with a median of three sites.

The primary outcome was treatment-related toxicity, namely pneumonitis and other types of lung damage; occurrence and severity were assessed qualitatively from patients’ clinical records. Median follow-up was 6.6 months following treatment. The Kaplan-Meier method was used to determine estimates of progression free survival (PFS) and overall survival (OS) from the date that ICPI therapy began.

Roughly half of the patients (52%) received thoracic RT concurrent with or after ICPI therapy. The other 14 patients were administered radiation two weeks to 5.5 months before they began ICPI therapy, with a median interval of 2.2 months between RT and ICPI. Total radiation doses ranged from 10 to 70 Gray (Gy), delivered in one to 35 fractions.

For the patients in this study, median PFS was 3.8 months, and median OS was 9.2 months following initiation of ICPI therapy. These cancer control rates are similar to other prospective studies that used ICPIs to treat NSCLC.

Three patients (10%) experienced severe possible treatment-related toxicity, including one grade 5 toxicity two weeks following radiation treatment and two cases of grade 3 pneumonitis at two and four months post-radiation treatment, respectively. For all three of these patients, thoracic RT was administered following ICPI therapy. None of the patients who received RT prior to ICPI therapy experienced severe treatment-related toxicity as a result of radiation therapy.

Two additional cases of pneumonitis, one grade 2 and one grade 3, were noted following anti-PD-1 therapy but before radiation treatments began. Both of these patients subsequently received thoracic RT without any additional pulmonary toxicity.

“Our results suggest that a treatment regimen combining thoracic radiation therapy and immune checkpoint inhibitors may carry a modest risk of severe side effects,” said Dr. Ahmed. “These findings should be evaluated further within the context of prospective clinical trials, particularly those that examine the risk of lung toxicity and the potential opportunity to improve outcomes with this emerging form of combination therapy.”

The abstract, “Tolerability and safety of thoracic radiation and immune checkpoint inhibitors among patients with lung cancer,” will be presented in detail during the oral abstract session at the 2017 Multidisciplinary Thoracic Cancers Symposium in San Francisco (full details below). To schedule an interview with Dr. Ahmed or an outside expert, contact the ASTRO media relations team at [email protected] or 703-286-1600. 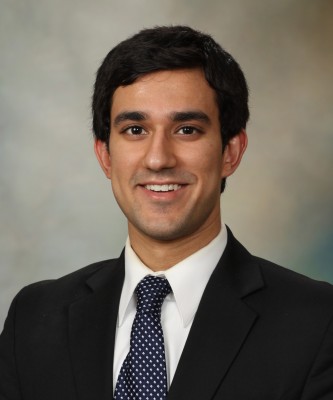