Combinations of Certain Personality Traits May Guard Against Depression and Anxiety 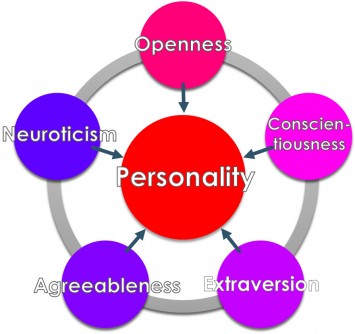 “We know individually how these traits relate to symptoms, but now we are beginning to understand how the traits might impact one another,” says Kristin Naragon-Gainey, an assistant professor in UB’s Department of Psychology.

Newswise — BUFFALO, N.Y. – Though high levels of neuroticism put people at risk for depression and anxiety, if those same individuals are also highly extraverted and conscientious they could have a measure of protection against those disorders, according to the results of a new study by a team of University at Buffalo psychologists.

The findings, published in the Journal of Research in Personality, point to the importance of stepping away from focusing on single personality traits in clinical settings in favor of looking at how combinations of traits might work together to help either prevent or predict specific symptoms.

“We know individually how these traits relate to symptoms, but now we are beginning to understand how the traits might impact one another,” says Kristin Naragon-Gainey, an assistant professor in UB’s Department of Psychology and the paper’s lead author with Leonard Simms, associate professor of psychology.

“We have to consider the whole person in order to understand the likelihood of developing negative symptoms down the road.”

Neuroticism is the tendency to experience different negative emotions and to react strongly to stress.  Along with extraversion and conscientiousness, it is among the “Big Five” personality traits, a group that also includes agreeableness and openness to experience.

The researchers interviewed 463 adult participants who reported receiving psychiatric treatment within the past two years. Each participant also completed numerous questionnaires. The study examined the traits of neuroticism, extraversion and conscientiousness because those three have the strongest associations with mood and anxiety disorders.

Naragon-Gainey says all things being equal, there are risks for disorders associated with certain traits, but a better image of what’s at stake emerges when there’s an understanding of how a group of behavioral tendencies might work together.

The results could provide an improved understanding of the mechanisms through which people develop mood disorders and explain the factors that might put someone at risk for symptoms like depression and anxiety.

Additionally, the findings might assist clinicians in how to capitalize on people’s strengths with treatments that utilize what the study’s results suggest are protective traits.

“I think there’s a tendency in treatment and clinical psychology to concentrate on the problems and the negatives,” says Naragon-Gainey. “If you utilize the pre-existing strengths that clients bring with them, it can positively affect treatment and the level of symptoms going forward, as well as reinforcing what the person is already doing well.”

Conceptually, the strengths linked to high levels of extraversion and conscientiousness relate to the fact that social interactions and effective engagement in meaningful activities are rewarding for people, according to Naragon-Gainey.

“If someone has high levels of extraversion they might be very good at gathering social support or increasing their positive affectivity through social means,” says Naragon-Gainey. “Similarly, conscientiousness has a lot to do with striving toward goals and putting plans in action, which can combat the withdrawal and avoidance that can go along with neuroticism.”

Journal of Research in Personality