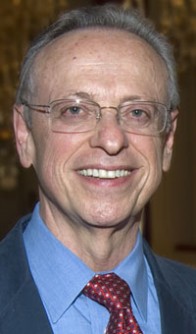 Newswise — Recent recommendations by the Institute of Medicine (IOM) call for women who are overweight or obese to gain more weight than they should, a Saint Louis University obstetrician wrote in a January commentary for Obstetrics & Gynecology.

Joined by several colleagues, Raul Artal, M.D., chair of the department of obstetrics, gynecology and women’s health at Saint Louis University who has conducted extensive research on weight gain during pregnancy, did not endorse the IOM’s May 2009 recommendation. The IOM, a non-governmental, independent, nonprofit organization, provides advice that is designed to improve health to national decision makers and the public.

“The recently published IOM recommendations for gestational weight gain are virtually identical to those published in 1990 with one exception: obese women are now recommended to gain 11-20 pounds compared to the previous recommendations of at least 15 pounds,” Artal said.

“Recommending a single standard of weight gain for all obese classes is of concern since higher BMI levels are associated with more severe medical conditions and have long-term adverse health implications.”

Artal recommended obese women eat a nutrient-rich diet of between 2,000 and 2,500 calories a day, which would cause them to cap their weight gain at 10 pounds, and in some cases, lose weight.

Under a doctor’s guidance, he said, obese pregnant women can safely engage in physical activities and modify their diets to successfully limit their weight gain with no harmful effects on the fetus.

“Excessive gestational weight gain has been implicated in an intergenerational vicious cycle of obesity as overweight and obese mothers give birth to big daughters who are more likely to become obese themselves and deliver large infants,” he said.

Pregnancy is an ideal time for women who are obese to exercise and watch what they eat, Artal added. These lifestyle changes are safe and carry benefits that last long after they have given birth, Artal added.

“Similar to smoking cessation programs, pregnancy provides a unique and ideal opportunity for behavior modifications given high motivation and enhanced access to medical supervision,” he said.

“Limited weight gain in obese pregnant women has the added potential for setting the foundation for a healthier lifestyle over a woman’s lifespan.”

Popularly known as “The Green Journal,” Obstetrics & Gynecology is the official publication of the American College of Obstetricians and Gynecologists.