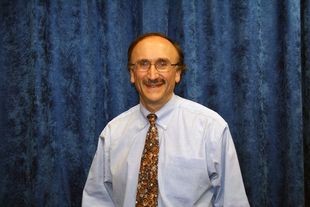 Newswise — Measuring glomerular filtration rates from routine blood work may not be not a cost-effective way to identify people with chronic kidney disease (CKD), according to a study appearing in the February 2009 issue of the Clinical Journal of the American Society Nephrology (CJASN). The findings indicate that the potential benefit that this commonly used procedure provides for identifying individuals with previously unrecognized CKD can be easily reversed by the consequences of false positive diagnoses of CKD.

CKD affects more than 10% of Americans, many of whom are unaware of their disease. Because CKD increases an individual's risk of developing cardiovascular disease, end-stage renal disease, and other serious health conditions, physicians are looking for effective ways to detect CKD so that treatment can be administered at early stages. One method, estimating glomerular filtration rates (eGFR) though routine blood work, is being used by many clinics. This test indicates the volume of blood filtered by the kidneys over time, and its formula factors in measures of serum creatinine, age, gender, height, and weight. (Failing kidneys have a diminished ability to filter the molecule creatinine; therefore serum creatinine rises.) Despite the popularity of this test, its utility has not been fully analyzed.

To investigate, Harold Feldman, MD, of the University of Pennsylvania School of Medicine in Philadelphia, PA, and his colleagues compared reporting of eGFR with reporting of serum creatinine alone, another commonly used measure of kidney function. They used published data to create a hypothetical group of 60 year-old individuals undergoing annual blood testing over a period of 18 years. An initial analysis revealed that reporting eGFR was more effective and less costly than reporting serum creatinine. Among 10,000 individuals, an average of 13 fewer deaths and 29 fewer cases of end-stage renal disease occurred with eGFR reporting compared with serum creatinine reporting.

Although measuring eGFR would likely identify a number of patients with undiagnosed kidney disease, it also would incorrectly make a preliminary diagnosis of CKD among many individuals who do not have a kidney problem. The researchers' analysis estimated that eGFR reporting would generate 11,348 more false positive CKD cases than serum creatinine reporting. Because false positive diagnoses of CKD can give rise to costs from additional clinical tests and, potentially, reduce individuals' quality of life, Dr. Feldman and his team concluded that reporting eGFR may actually be less cost-effective than reporting serum creatinine.

"Despite the widespread enthusiasm and increasing adoption of routine estimated glomerular filtration rate reporting, our study shows that clinicians and policy-makers should carefully examine the consequences of this practice," the authors wrote. They added that additional studies are warranted.

The article, entitled "The Costs and Benefits of Automatic Estimated Glomerular Filtration Rate Reporting," will appear online at http://cjasn.asnjournals.org/ on January 28, 2009, and in the February 2009 print issue of CJASN.

ASN is a not-for-profit organization of 11,000 physicians and scientists dedicated to the study of nephrology and committed to providing a forum for the promulgation of information regarding the latest research and clinical findings on kidney diseases. ASN publishes the Journal of the American Society of Nephrology (JASN), CJASN, and the Nephrology Self-Assessment Program (NephSAP). In January 2009, the Society will launch ASN Kidney News, a newsmagazine for nephrologists, scientists, allied health professionals, and staff.

Clinical Journal of the American Society of Nephrology