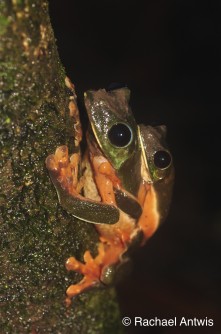 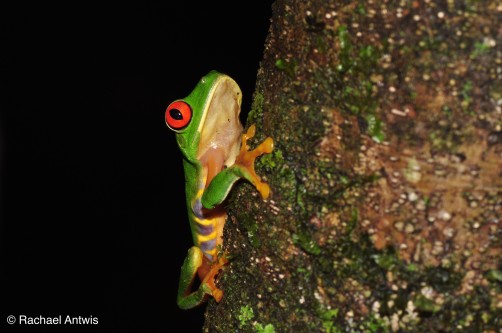 Newswise — New research from The University of Manchester and the Institute of Zoology has shed light on the complex challenge facing scientists battling one of the worldŌĆÖs most devastating animal diseases.

Chytrid fungus (Batrachochytrium dendrobatidis) is thought to be behind the decline or extinction of at least 200 species of frogs. It is also one of the reasons why 31% of amphibian species are currently listed as threatened by the International Union for the Conservation of Nature.

This latest study used bacteria from frogs in Belize to test the limitations of probiotic treatments. This form of treatment aims to introduce bacteria cultivated from amphibians that arenŌĆÖt affected by the disease to those at risk of infection to boost their immunity.

Dr Rachael Antwis who carried out the study whilst completing her PhD at ManchesterŌĆÖs Faculty of Life Sciences explains: ŌĆ£Using beneficial bacteria to act as ŌĆśprobioticsŌĆÖ for disease mitigation is already common in agriculture and human health. In fact, many bacteria that reside on amphibian skin have been shown to inhibit the growth and survival of B. dendrobatidis. However, the reliability of the potential probiotics hasnŌĆÖt been tested against the shifting targets the disease presents.ŌĆØ

To assess the effectiveness of probiotic treatments, the team used bacteria taken from frogs in Belize, where the species has shown resilience despite the long term presence of the disease in the area. 56 strains of bacteria were isolated and stored for use in the laboratory.

Dr Trenton Garner from The Zoological Society of LondonŌĆÖs Institute of Zoology explains the results: ŌĆ£Because only a small proportion of the bacteria that could be used as candidate probiotics showed broad-spectrum inhibition against the global pandemic B. dendrobatidis lineage, we believe probiotic treatments are unlikely to be consistently successful when confronting a variety of fungal genotypes. Because of the enormous genetic variability of the disease and its ability to rapidly evolve, itŌĆÖs vital that any treatment takes this into account.ŌĆØ

He continues: ŌĆ£We suggest that a variety of bacteria be used when creating probiotic treatments as this is likely to offer more comprehensive protection of hosts from B. dendrobatidis and other threatening amphibian pathogens.ŌĆØ

The results of the study have been published in the journal Applied and Environmental Microbiology.

Moving forwards the scientists say that further research is needed to fully understand how bacteria inhibit B. dendrobatidis growth and the ability to infect hosts. Looking at the B. dendrobatidis genome for virulence factors will be fraught with difficulty but this study demonstrates some hope for finding effective probiotic treatments from within the amphibian community.

Dr Antwis concludes: ŌĆ£A lot more work is definitely needed before we can identify an effective cure for this devastating disease. But as a scientist I believe we not only have a moral obligation to keep searching, but an ecological one too. Amphibians inhabit the middle of food chain, making up a vital part of our ecosystem. If they go then that could spell disaster for many more species.ŌĆØ 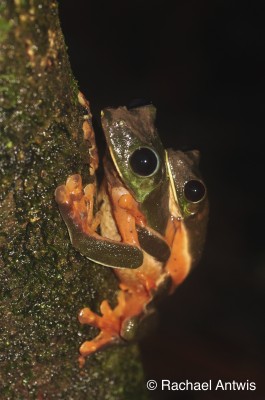 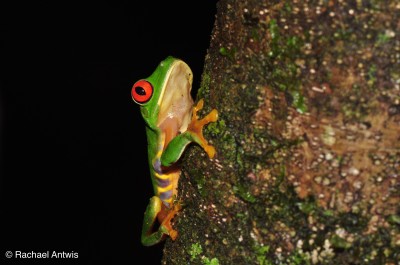