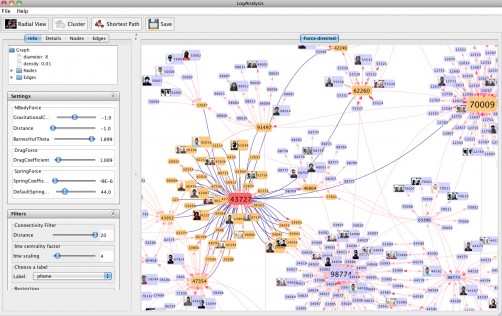 This network visualization shows a criminal network in Italy based on a case study using unique cell phones and phone calls. 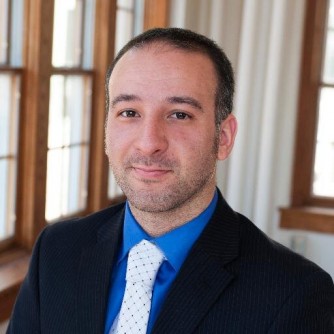 Unlike the broad, dragnet-style searches of phone call records the U.S. National Security Agency has been criticized for, the four computer scientists are conducting large-scale analysis of digital phone traces obtained by Italian police through court warrants.

“We’re learning new insights about individuals by taking very specific physical events, let’s say like a string of robberies, and identifying huge spikes of activity during that same period of time,” said Ferrara, who came to IU Bloomington’s School of Informatics and Computing after earning a Ph.D. in computer science from the University of Messina. “We can then create what we call a dynamic spring layout -- a series of nodes that represent possible members of criminal networks -- and analyze how those members interact and shape their interconnections over time.”

The data produced by these dynamical relationships is integrated into a statistical framework using algorithms that can model connectivity between individual “players” -- the nodes -- laying out the multiple relationships into a network representation.

Called LogAnalysis, the tool differs from other network analysis systems -- like Palantir Government, which has been used primarily for cybercrime and terrorism prevention; COPLINK, labeled the “Google for police officers”; and Xanalys Link Explorer -- that analyze intelligence and investigative information by sweeping through broad swaths of data. LogAnalysis automatizes the import of raw telephone data, then removes recognized ambiguities and redundancies, before converting the information into a form ready for exploration and analysis.

Even an extremely short phone call, or an immediate hang-up, can become relevant when LogAnalysis processes phone traces to develop an analysis of the temporal evolution of the connections between individuals in a possible criminal network.

“So, yes, you have these spikes of phone activity during the times of these robberies, and those might well be the lower rung of the network, but the system also can identify what would be non-intuitive calls of interest, maybe very short, that are extremely hard to capture,” Ferrara said. “But we capture these into the network as well.”

Once criminal organizations have been identified from the broader communications network, the relationships within the identified criminal network are examined for hierarchical structure and call dynamics that then allow for inferences to be made, for example to determine to roles of the criminals in the gang.

“At first there are a lot of calls, and often good people get involved because of that, but you can eventually rule them out when you track the dynamics,” Ferrara said. “It’s that very short call, once reflected in the network representation, that may be of most interest.”

“Detecting criminal organizations in mobile phone networks” was published recently in the journal Expert Systems with Applications, and Ferrara said the team expects to advance the current LogAnalylsis system to include Facebook and other social media in the analysis.

“The same people use all of these tools, and adding these new channels side by side to the one we are currently using, digital phone traces, will help us to better match the actors,” Ferrara said.

A number of media have already been reaching out to Ferrara after the paper was published, and he expected comparisons to be made with plotlines used in television crime dramas like "CSI," "The Wire" and others.

“Whatever you may see on network television or from Hollywood, you can be very sure that things are very different in reality,” he said.

Ferrara added that he and the co-authors of the paper, Pasquale De Meo, Salvatore Catanese and Giacomo Fiumara, have also been invited to contribute a chapter called “Uncovering criminal behavior with computational tools” for the upcoming book, “Social Phenomena: From Data to Models.” It’s in that chapter that they expect to announce the improvements to LogAnalysis made by including other social media products in the analysis. 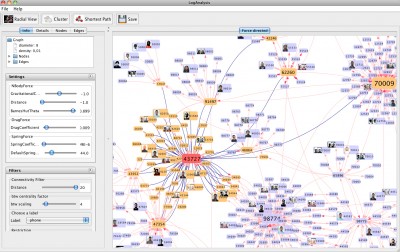 Caption: This network visualization shows a criminal network in Italy based on a case study using unique cell phones and phone calls. 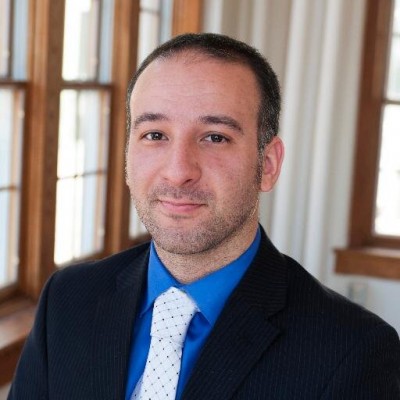