For years, scientists at FAU’s Harbor Branch have been collecting unusual marine organisms — many of them from deep-water habitats — that are the source of novel natural products. The majority of samples come primarily from around the Atlantic and Caribbean; others have come from the Galapagos, western Pacific, Mediterranean, Indo-Pacific, Western Africa and the Bering Sea. 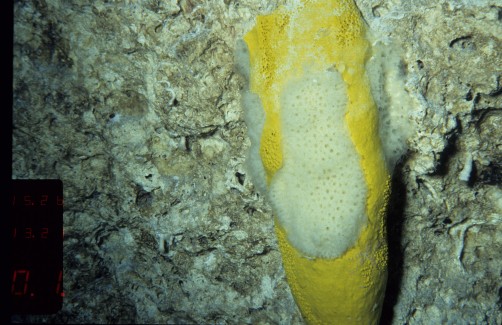 A compound extracted from a deep-water marine sponge collected near the Bahamas is showing potent antibacterial activity against the drug resistant bacteria MRSA. 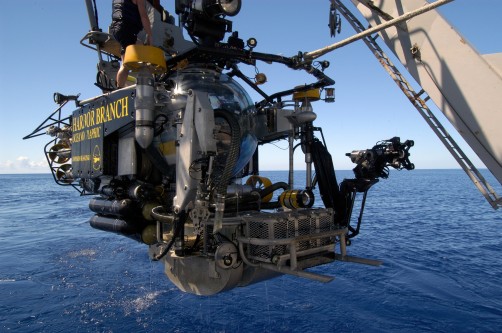 Newswise — A compound extracted from a deep-water marine sponge collected near the Bahamas is showing potent antibacterial activity against the drug resistant bacteria methicillin-resistant Staphylococcus aureus (MRSA). Also called the “super bug,” MRSA bacteria are resistant to all beta-lactam antibiotics such as methicillin, penicillin, oxacillin and amoxicillin and can be fatal. According to the Centers for Disease Control and Prevention, more than 80,000 invasive MRSA infections and 11,285 related deaths occur every year. Results of the study, led by researchers at Florida Atlantic University’s Harbor Branch Oceanographic Institute, are published in the current issue of the journal Marine Drugs.

Researchers have been able to demonstrate the isolation, structure elucidation and biological activity of a new indole (basis of many biologically active substances) alkaloid isolated from a marine sponge. They have named the antibiotic compound “dragmacidin G” and shown that it has a broad spectrum of biological activity including inhibition of MRSA as well as a panel of pancreatic cancer cell lines.

“Sponges of the genus Spongosorites, have been a source of a number of biologically active bis-indole alkaloids that are reported to have a variety of activities including antibacterial, antiviral, antifungal, antiplasmodial, cytotoxic as well as anti-inflammatory activities,” said Amy Wright, Ph.D., lead author and a research professor at FAU’s Harbor Branch who directs the Institute’s drug discovery program. “We found substantial antibacterial activity for dragmacidin G. It is greater than 10-fold more potent than other members of the bis-indole alkaloids while retaining selectivity towards bacterial over mammalian cells.”

For years, scientists at FAU’s Harbor Branch have been collecting unusual marine organisms — many of them from deep-water habitats — that are the source of novel natural products. The majority of samples come primarily from around the Atlantic and Caribbean; others have come from the Galapagos, western Pacific, Mediterranean, Indo-Pacific, Western Africa and the Bering Sea. FAU Harbor Branch’s drug discovery program looks for treatments for pancreatic cancer and infectious diseases, and their scientists also have collaborations with other scientists working on other forms of cancer, malaria, tuberculosis, neurodegenerative disease and inflammation.

“The primary goal of our marine biomedical and biotechnology program is to discover marine natural products with utility as medicines or as tools to better allow us to understand disease processes,” said Wright.

Over the past 10 years, the team has developed a library of materials (the FAU Harbor Branch-enriched fraction library) that are tested against a variety of diseases both at FAU’s Harbor Branch and in partner laboratories. Once an activity is discovered, the team uses bioassay-directed fractionation to purify the bioactive natural products. The structures of these new compounds are determined through spectroscopic means with an emphasis on the use of nuclear magnetic resonance spectroscopy. The researchers can then define how the compounds work using a wide array of methods such as small molecule immunochemical (affinity) chromatography or in this instance developing bacteria that are resistant to dragmacidin G and then defining what genetic changes are present in the resistant bacteria.

For this study, fractions from the FAU Harbor Branch-enriched fraction library were screened in a number of assays including growth inhibition of the drug-resistant human pathogenic bacteria MRSA. Wright also worked with researchers from the University of Central Florida to test the growth inhibition of the causative agent for tuberculosis and the parasite Plasmodium falciparum, one of the causes of malaria in humans. The highly enriched fraction containing the new compound showed activity in all three assays and was further purified to obtain pure dragmacidin G, which enabled its structure elucidation and biological testing. The researchers are planning further studies based on these preliminary results.