Compound From Oilseeds May Be High-Value Product

Newswise — The oil extracted from ground seeds of camelina and carinata, oilseed plants from the mustard family, can be used as jet fuel. However, with oil prices at an all-time low, that is economically challenging. These promising biofuel sources may be one step closer to reality due to extracting a substance called glucosinolate.

Glucosinolate is one of the bioactive compounds that remains after the oil has been extracted, according to bioprocessing engineer Zhengrong “Jimmy” Gu, an associate professor at South Dakota State University. Although glucosinolates are not part of the biofuel equation, their presence in the carinata and camelina meal limits its use as a livestock feed. Gu and doctoral student Yuhe Cao developed a means of extracting glucosinolate from the oilseed meal, which may lead to high-value uses for the chemical.

In response to the U.S. Navy’s Great Green Fleet Initiative to develop biofuel from nonfood oilseeds, SDSU researchers have been determining the suitability and sustainability of oilseed crops in the Dakotas and assessing the oil and fuel characteristics of the seeds since 2012. Camelina and carinata are two of the oilseeds being studied. The research is supported through the South Dakota legislative funding of the South Dakota Oilseeds Initiative, industry partners and federal funding via the North Central Sun Grant Center.

Bill Gibbons, interim associate director of the South Dakota Agricultural Experiment Station which oversees the oilseeds research, said, “Making the best use of all the oilseed components will help get us one step closer to making renewable biofuels an economically viable option.”

The goal is to help make biofuel production profitable, without government subsidies, Gu explained. His glucosinolate research is supported by the U.S. Department of Energy through the Sun Grant Initiative, which supports the development of renewable, biobased energy technologies, and South Dakota Oilseeds Initiative.

After isolation, the glucosinolate will be stable, and not be degraded or hydrolyzed to isothiocyanates, nitriles and thiocyanates by the enzyme, Gu explained.

The presence of glucosinolate limits the amount of camelina and carinata meal that can be incorporated into animal diets to 10 percent. "It’s very toxic,” he pointed out, and it’s that toxicity that Gu wants to utilize—to kill fungus and weeds or even cancer cells.

“If we recover it and, at the same time give the solids back to use as animal feed, we have a win-win game,” said Gu, who is looking for collaborators to help develop high-value uses for glucosinolate. 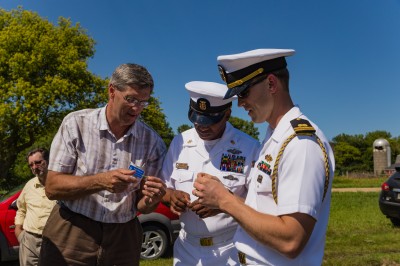 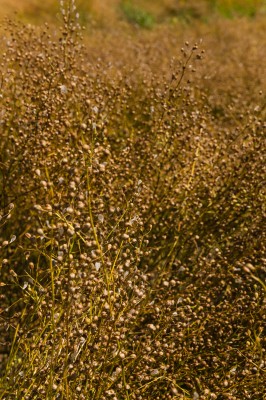 Caption: Camelina, a member of the mustard family, grows at the Felt Farm north of the South Dakota State University campus. Since 2012, SDSU researchers have been assessing oilseed crops, including carinata and camelina, as potential biofuel feedstocks through the South Dakota Oilseeds Initiative. 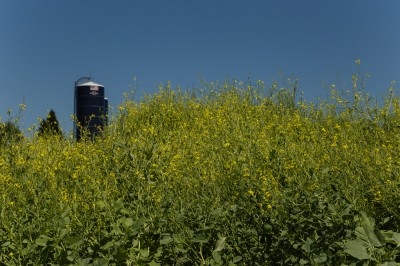 Caption: Researchers at South Dakota State University are looking at the nonfood oilseed, carinata, as a potential biofuel feedstock. 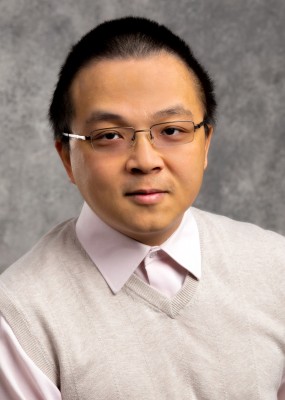 Caption: Associate professor Zhengrong “Jimmy” Gu of the Department of Agricultural and Biosystems Engineering developed a means of extracting glucosinolate from oilseed meal, which may lead to high-value uses for the chemical.