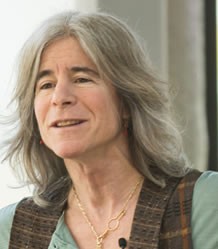 EVANSTON, Ill. --- Nina Kraus, a Northwestern University professor and director of the Auditory Neuroscience Laboratory, is the lead author of a recent study that identified a method for reliably diagnosing concussions and tracking recovery.

“Our concussion biomarker could provide considerable information about brain health in people with suspected C.T.E. with a simple, non-invasive test that does not require brain tissue or a physical sample of any kind,” Kraus said after news spread that 110 out of 111 brains of NFL players were found to have chronic traumatic encephalopathy, or C.T.E.

Kraus, the Hugh Knowles Professor in the School of Communication, can be reached at 847-491-3181 and [email protected].

Her paper, titled Auditory biological marker of concussion in children, was published in the journal Nature, Scientific Reports.