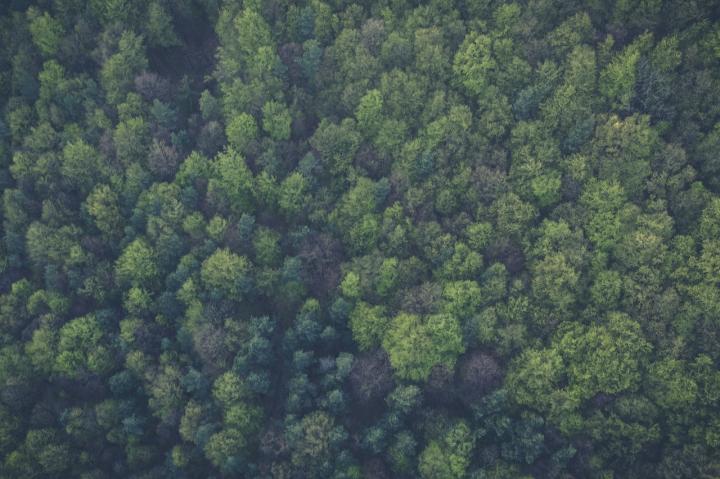 The University of Queensland

"We're calling for more ambitious, proactive measures to ensure greater benefits to the natural environment are achieved in concert with development activities." 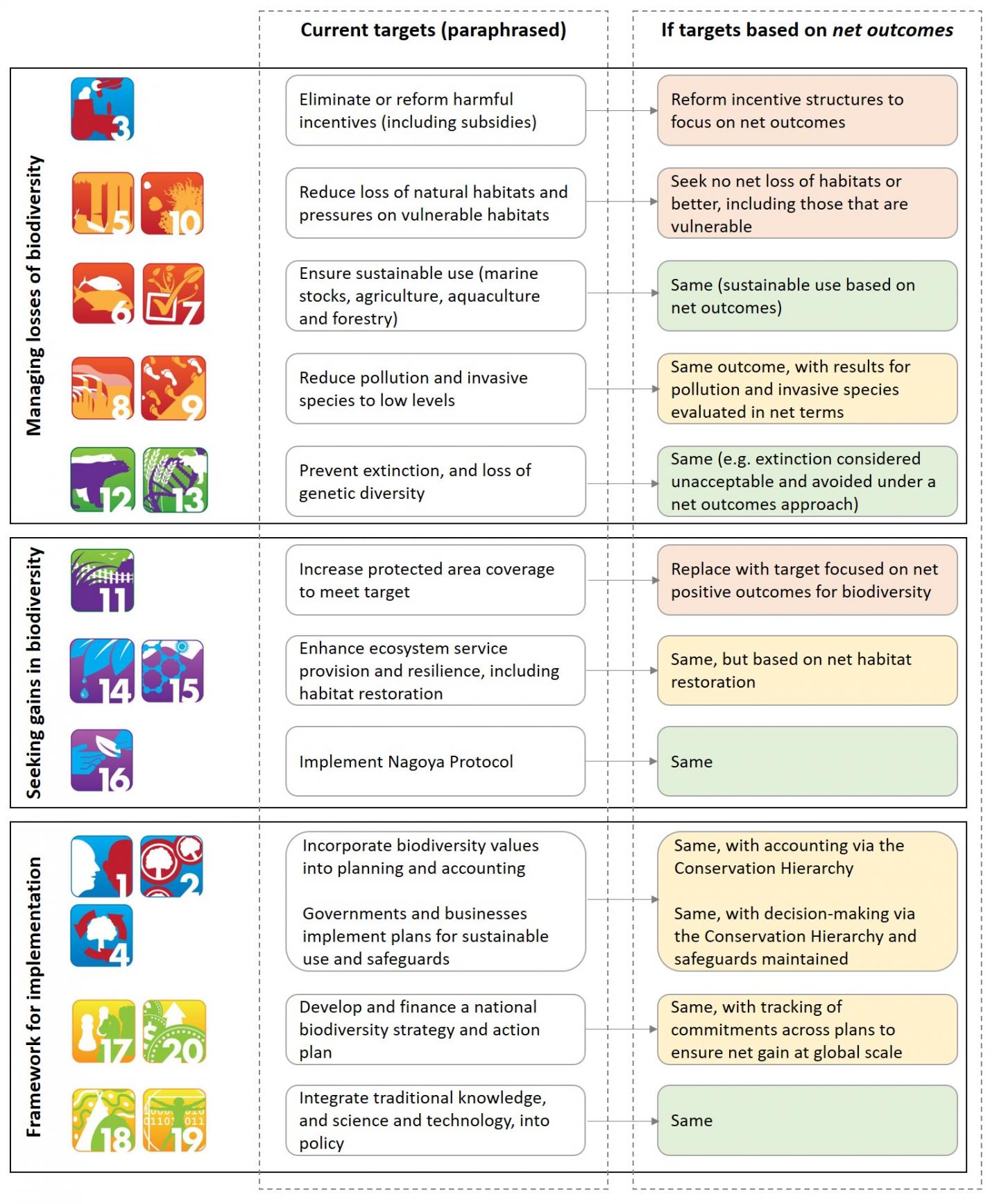 Paraphrased key content of the Aichi Biodiversity Targets, valid until 2020, alongside some possible variations that would shift the focus towards net conservation outcomes.

Newswise — A group of international conservationists is urging governments across the globe to adopt a new approach to address the impact of economic development on the natural world.

Renowned researchers, including University of Queensland scientists, aim to draw attention to what they call "net positive outcomes for nature".

Professor James Watson, of UQ and the Wildlife Conservation Society, said the new approach rejected the idea that biodiversity loss was an inevitable consequence of economic development.

"This new net positive approach is underpinned by the concept of a conservation hierarchy, which provides a framework for structuring biodiversity conservation actions based on how they contribute to worldwide conservation," he said.

"We're calling for more ambitious, proactive measures to ensure greater benefits to the natural environment are achieved in concert with development activities.

"Conservation actions should be based on how they contribute to our shared overall vision for the natural world, rather than piecemeal actions to protect species or habitats.

"We need policymakers to seriously and urgently prioritise the reduction of development impacts as they happen, retain and restore habitats proactively, and enhance the prospects for nature everywhere."

The framework would allow the whole range of conservation efforts to be tracked at a global level, whether they are implemented by national governments, indigenous groups, businesses or private individuals.

"This allows for more consistent, comprehensive and informative evaluation of the progress we are collectively making toward restoring nature," Professor Watson said.

"Our approach is much more ambitious than current policy commitments, which typically relate only to location-specific impacts, particular species trends or certain sectors of the economy.

"It outlines how the global community can move to a position in which economic development activities would be integrated with, rather than in opposition to, positive biodiversity outcomes."

The conservationists are calling for a shift in the language and approach to global conservation policy discussions in advance of next year's UN Convention on Biological Diversity, which will be held in China and will set the strategic plan for biodiversity for the next decade and to 2050.

"It's obvious that nature is running out of time, and nations have one last chance to get a bold target in place to halt the declines and extinctions that are now commonplace across the world," Professor Watson said.

"A headline goal that calls for a net gain for nature, will make it possible for governments and industry to work hand in hand to avert biodiversity crisis."

It was led by Dr Joseph W. Bull at Kent's Durrell Institute of Conservation and Ecology, with UQ and Professor EJ Milner-Gulland at the University of Oxford.

Caption: "We're calling for more ambitious, proactive measures to ensure greater benefits to the natural environment are achieved in concert with development activities."

Caption: Paraphrased key content of the Aichi Biodiversity Targets, valid until 2020, alongside some possible variations that would shift the focus towards net conservation outcomes.