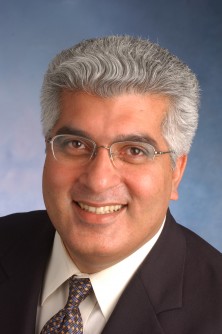 Dhawan made the assertions in his quarterly “Forecast of the Nation,” released today (Aug. 27), against the backdrop of China’s devaluation of the yuan over two consecutive days in mid-August, a move the forecaster said “rattled stock markets here and in Europe,” and “is formal proof China’s economy needs a jump-start.”

Although initial reactions to the devaluation were negative, Dhawan characterizes the move as “positive news for the economy overall” that will boost domestic profit margins on imported goods.

Between low gas prices and wealth gains from reflated home prices and stock portfolios, post-recession consumers are in the mood to spend, albeit judiciously, on utility items, he said.

For the first seven months of the year, vehicle sales averaged 17.0 million units, up 4.5 percent over the previous year’s strong sales numbers. Light trucks, including sports utility vehicles, drove the increase, rising by 10.7 percent over the previous year, thanks to automaker discounts and lower prices at the gas pump. By contrast, consumers hit the brakes when it came to passenger car purchases, which declined 1.9 percent.

As for oil, Dhawan anticipates prices will stay below $60/barrel until late 2016 due to a drop in global demand and an increase in drilling efficiency by U.S. producers.

“People can safely expect low gas prices to continue for the next year,” he said.

“The expected rebound in investment spending (forecast to rise 6.2 percent in the second half of 2015), will be strong enough for the Federal Reserve to start normalizing interest rates,” Dhawan said. “The issue is whether it will do so at the September or December meeting.”

In his “Forecast of Georgia and Atlanta,” released today (Aug. 27), Rajeev Dhawan of the Economic Forecasting Center at Georgia State University’s J. Mack Robinson College of Business reported the sharp deceleration seen in Georgia’s employment growth from 3.9 percent in the second half of 2014 to 1.7 percent in the first half of 2015 will reverse in the second half of the year.

Small business hiring, national demand for carpet and auto parts manufactured in Dalton and Gainesville, and economic activity at the Port of Savannah also will add to the growth.

Construction is expected to begin this year on an inland port in Murray County that will serve as a direct link from the Port of Savannah to North Georgia, Alabama, Tennessee and parts of Kentucky. According to Dhawan, “that’s good news for manufacturers in North Georgia who will likely see positive economic growth and benefit from national housing and auto demand.”

The corporate sector is faring well in Georgia and Atlanta. Statewide, the sector posted a 7.2 percent gain in the second quarter, “pointing to momentum moving forward,” the forecaster said. Furthermore, the move of several headquarters to Atlanta continues to result in professional and business services hiring.

“Although this sector is enduring weaker global growth, domestic consumption is taking up any shortfalls,” Dhawan said.

Housing demand has been boosted by numerous moves of headquarters and offices to metro Atlanta. In the second quarter of 2015, total housing permits in the area grew by 25.3 percent over the same period in 2014, driven by a 36.6 percent growth in multi-family permits.

Dhawan said millennials, who constituted 23.6 percent of metro Atlanta’s population in the 2010 census, are making their influence felt in several regards.

“To no one’s surprise,” he said, “millennials are fueling demand for multi-family housing. They’re also spurring area companies to relocate to downtown and Midtown in order to draw on their high-tech skills.”

Also gaining momentum is Atlanta’s information sector, which added 600 jobs in the first half of the year.

“I expect the area’s information sector to continue to expand in coming years as it benefits from a robust fiber optic infrastructure, relatively low-cost electricity generation and a reliable power grid,” Dhawan said.

Attracting young, technologically savvy talent is one of the reasons that healthcare added almost 3,500 jobs in the first half of 2015. For the full year, this sector will add 8,100 jobs.

Although growth in the metro area’s hospitality and transportation sectors slowed somewhat in the first half of the year, both will benefit from the spillover of domestic demand growth in catalyst sectors (corporate, healthcare, technology and manufacturing) for a combined total of 12,800 jobs in 2015.