But preferences for U.S.-raised meat relaxed when consumers were informed that processing standards are similar in other countries.

16-Jul-2015 8:05 AM EDT, by University of Arkansas, Fayetteville
favorite_border 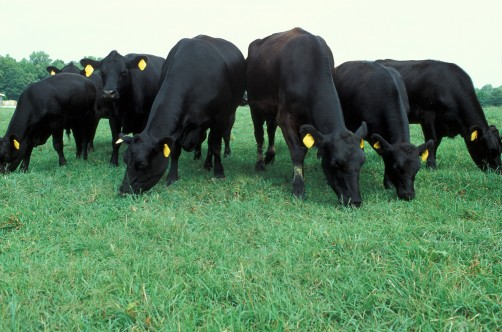 The 2002 and 2008 farm bills required U.S. retailers to provide country-of-origin labeling for most meat and poultry products. Congress is now considering repealing the requirement.

Newswise — FAYETTEVILLE, Ark. — While Congress considers repealing a law requiring country-of-origin labels on packages of beef, pork and poultry, marketing researchers at the University of Arkansas have found that such labels influence consumer perceptions about food safety and quality.

Researchers found that consumers preferred meat from the United States when provided only with information about where the animal was born, raised and slaughtered – and not given information about country-specific meat-processing standards.

“The country-of-origin requirement appears to provide consumers with additional information that has both direct and indirect effects on purchase intentions,” said Scot Burton, professor of marketing in the Sam M. Walton College of Business. “The requirement impacts inferred attributes, meaning that meat products from the United States are perceived to be safer, tastier and fresher than meat products from Mexico. Of course, these attributes, in turn, have positive effects on purchase decisions.”

Burton conducted the study with Elizabeth Howlett, professor of marketing, and marketing graduate students Christopher Berry and Amaradri Mukherjee. Their findings were published in the Journal of Retailing.

Congress passed legislation in the 2002 and 2008 farm bills requiring U.S. retailers to provide country-of-origin labeling for most meat and poultry products. The mandate requires meat labels to identify the country where the animal was born, raised and slaughtered. Backed by U.S. ranchers competing with the Canadian cattle industry, the legislation was also intended to provide customers with information to help them make informed shopping decisions.

But the mandate has been controversial. Previous research has suggested that consumers do not value U.S.-labeled meat products more than those simply from North America. Some groups have estimated that implementation of these labeling requirements have cost retailers more than $100 million.

Canada and Mexico claim the law discriminates against their producers and have threatened to impose billions of dollars in tariffs on American goods. In reaction to this, the U.S. House of Representatives recently voted to repeal the law requiring country-of-origin labeling.

The researchers used three studies to better understand the effect of country-of-origin labeling on consumer choices. In a pilot study, 50 consumers from the United States participated in a web-based survey.

They were given country of origin only and asked to share their opinions on food safety, taste and freshness of meat and poultry products from 10 countries – Mexico, India, Brazil, New Zealand, Nicaragua, Russia, Thailand, China, the United States and Canada. Participants perceived meat from the United States and Canada to be safer than meat from the other countries.

However, the third study revealed that when consumers were told that meat-processing standards in Mexico were similar to those in the United States, purchase intentions for U.S. meat were no longer higher.

About the Sam M. Walton College of Business: The University of Arkansas’ Sam M. Walton College of Business is a nationally and internationally recognized leader in business education and research – ranked in the top 30 among public business colleges by U.S. News & World Report. Walton’s mission is to advance and disseminate business knowledge using a diverse and global perspective and to encourage innovation in our primary strategic endeavors: consumer sciences, data analytics and entrepreneurship.