Coping with the Death of Prince, Icons 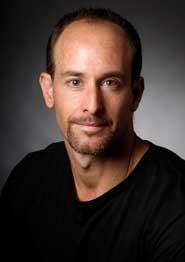 Newswise — Josh Klapow is a University of Alabama at Birmingham associate professor of Public Health and clinical psychologist. He is available via e-mail, phone or through the UAB News Studio, which is available for live or taped high-definition video interviews though LTN Global Networks. The studio is also equipped with an ISDN line for digital radio interviews.

Josh Klapow, UAB associate professor of Public Health and clinical psychologist, has some perspective on how people can cope with the loss of a musical icon and someone who provided the soundtrack of their youth:

"My Dad died five years ago, and he took me to my first concert when I was a kid. Just this week, I took my daughter to her first concert — a Jimmy Buffett show. Music is so much more than the song that touches our hearts. Music has a powerful and primal connection to us. We are wired to respond to rhythms and beats. Layer onto that lyrics and what the words mean to us. Layer on to that the timestamp factor that solidifies a moment in time, an era, a milestone. Music impacts us at the core — physiologically, intellectually, emotionally.

"The impact of Prince's death is relative to the degree of connection. When were you born? Did your parents listen to his music and was it the background of your early childhood? If you weren¹t connected deeply to his music, does his age connect with you? Does it signal to you the reality of mortality?

"When we lose musical icons, we lose people, and are reminded of their loss. But we are also acutely reminded of what the music has meant to us.

"Couple that with now the playing of his music and for those of us who have a connection (and not everyone will) we are thrusted back to a time that may be happy, sad, lonely, joyous, or little bits of all of that.