2-Jan-2018 11:30 AM EST, by Society for Integrative and Comparative Biology (SICB)
favorite_border 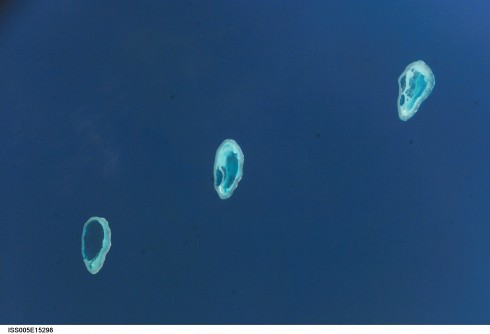 Newswise — Coral reefs are in serious trouble, facing a myriad of threats such as warming waters, ocean acidification, damage by invasive species, and injurious fishing practices. But Dr. Mikhail Matz, an associate professor in the Department of Integrative Biology at the University of Texas at Austin, has not given up hope for corals just yet. His research group developed new models to identify the factors that put individual coral reefs at risk of local extinction. Promisingly, their work also suggests that, with a little help from scientists, some reefs may be able to persist for some time in warming oceans.

Understanding how individual reefs will fare in the face of climate change is critical when prioritizing conservation efforts. Limited resources mean conservationists must focus on those species and ecosystems with a hope of long-term survival. Reefs that can adapt to ride out warmer temperatures fall into that category. Matz explains that if a reef can survive warming oceans, scientists can focus on protecting that reef from other threats.

To determine which coral reefs are at greatest risk of local extinction due to climate change, Matz and his team generated new models examining factors such as latitude, current ocean temperatures, and connectivity with nearby reefs. All the models identified the same important risk factors when considering reefs in the Coral Triangle area of the Southwest Pacific Ocean. One of the factors closely tied to a reef’s risk of failure is its degree of connectivity with nearby reefs: lack of immigration puts a reef at risk of local extinction. Matz’s models revealed that the most resilient reefs will be those that receive the most “immigrants”—larvae carried by ocean currents. As ocean temperatures rise, larvae from tropical reefs may be carried to those in cooler waters, providing an influx of new genes. This is evolution in action, and it can happen very quickly. While many think of evolution as a necessarily slow process, occurring over geologic time, Matz insists “this is profoundly wrong.” While a random gene mutation allowing tolerance of rising temperatures might indeed be slow to appear in a population, those genes already exist in reefs adapted for warmer waters. The shuffling of those genetic variants between coral populations—what geneticists term “gene flow”—facilitates evolution and could allow reefs to adapt and survive in a changing climate. Natural gene flow may not keep pace with current climate change, however. Coral larvae may need help to reach the reefs that need them. Matz envisions a process of “assisted migration,” in which scientists supplement reefs with coral larvae from other locations. His models estimate how many larvae would need to be supplied to a reef, and how often, to provide sufficient genetic diversity to give the reef a fighting chance. Matz knows that facilitated coral evolution is not a permanent solution. “Genetic variation is like a fuel that natural selection can burn,” he notes, “but eventually that fuel will burn out.” In the meantime, stoking coral reefs with additional genetic diversity may buy researchers a bit more time to address the longer-term challenge of coral survival in rapidly warming oceans. Towards that goal, Matz and his colleagues are continuing to hone their predictive models, and plan to rank relative local extinction risks for all 680 reefs of the Coral Triangle region. Identifying the risk factors at play for each specific reef will allow scientists to make more informed decisions about where to focus conservation efforts.