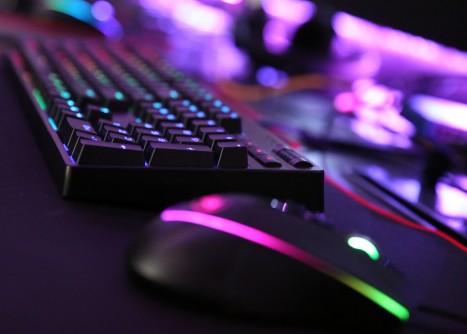 Newswise — MOUNT VERNON, Iowa - Cornell College’s esports team is currently ranked in the top five teams in the Midwest after only dropping one game in the CSL League of Legends preseason, and now it’s gearing up for the spring competition season.

They ended the fall season with four wins and one loss. Next, they’ll play in the Riot Scholastic Association of America (RSAA) competition in January and February, which is the bigger of the two tournaments.

Building on the strong team chemistry from last year, the newly recruited students are playing their part as the Rams battle their way to the top of the leader boards.

One of the many students who joined the team this year is Minnesotan Indigo Meads.

“The Esports commitment was definitely one of the decisions that swayed me toward Cornell College,” Meads said. “I love to play League of Legends and finding out I could join a team for that was a huge factor in coming to Cornell. I highly recommend any students who play one of the games our team hosts, or even has an interest in the esports scene, join. You don’t need to excel in a game to join either, the team focuses on rapid improvement and is very accepting of everyone.”

The first-year student, who plans to major in international relations, is finding his groove studying One Course At A Time on the block plan and playing with the esports team while class isn’t in session.

Meads started gaming during his younger years with his dad who also introduced him to League of Legends. Now he’s playing the role of ADC (attack-damage-carry) for the Cornell esports team. His position works closely with another member of the team but also interacts with the whole team. Meads says his first year has been about growing his skills within the game, learning better communication, and best of all–making friends who have similar interests.

“The best part about Esports for me has been the connections,” Meads said. “I have seen myself improve greatly at League of Legends throughout my time here, but I value the friends and relationships I’ve made more.”

Even if it’s online, those friendships are essential during this pandemic when it has been harder to socialize due to distancing guidelines. Even with COVID-19 impacting everyone’s daily life, Meads is finding ways to enjoy every minute and has some advice for others considering enrolling at Cornell to play on the esports team.

“I think nobody should be nervous or doubt their ability when joining esports,” he said. “Esports and Coach Sheehan are the most flexible combination for students. They are accommodating of other clubs and schoolwork and ultimately understand that students have other things happening in their lives.”

The next League of Legends preseason match will take place Jan. 9 against South Dakota School of Mines & Technology.