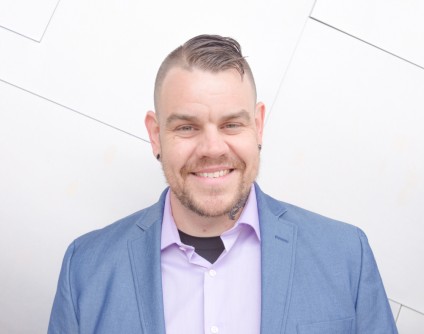 Newswise — Corporate programs aimed at offsetting the negative societal impacts caused by their profit-seeking tend to devalue the very people they intend to help.

This unintended result casts a critical light on the billions of dollars spent each year by corporations on social responsibility initiatives, according to a new paper from Case Western Reserve University published in the journal Philosophy of Management.

“No matter how much these programs intend to help others, they relegate people to bottom-line business considerations that see people in terms of their utility to deliver on a corporation’s top goals: increasing shareholder value and making a profit,” concluded the paper’s author Gareth Craze, a PhD student in the Brain, Mind and Consciousness Lab and the university’s Weatherhead School of Management.

Recent cognitive research has uncovered dueling networks in our brains—one rooted in empathy and compassion, the other defined by pragmatism and analytical thinking—that are reflected in corporate responsibility efforts.

“These programs—as they’re currently conceived and practiced—should be called into question and may be ineffective,” said Craze, “given new research into the brain networks behind their planning.”

More than $15 billion is spent on such initiatives each year by Fortune Global 500 companies, according to a 2014 study, and include such activities as voluntarily removing garbage, providing scholarships to needy students or offering workforce training in communities with high unemployment.

Many corporations also use these programs for promotional and public relations purposes.

Activities such as making cost calculations for a social responsibility program engages a part of the brain known as the task-positive network (TPN), which tends to be analytic, task-oriented and has been proven to lead to thinking that dehumanizes other people by seeing them as abstractions.

These two brain regions are independent and suppress one another; activating one network usually results in deactivation of the other—a phenomenon known as “the opposing domains hypothesis,” developed in 2012 by Tony Jack, leader of the Brain, Mind and Consciousness Lab and an associate professor of philosophy at Case Western Reserve.

Even momentary and intermittent TPN use can reduce empathy and make people view others as robotic, animalistic or otherwise lacking a sense of personhood, previous research from Case Western Reserve has shown.

Activities such as mindfulness, meditation, yoga or spending time in nature have been shown to engage empathetic regions of the brain. Encouraging corporate employees who are planning social responsibility initiatives to participate in these activities—and spend time face-to-face with the people they intend to help—can help increase DMN activation, according to Craze.

“Real efforts to recognize the humanity of the people these programs intend to help,” he said, “can aid corporate employees planning these initiatives to consider others to be more than just numbers on a balance sheet.”