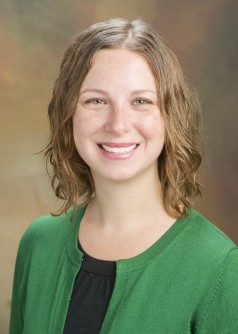 Credit: Alison J. Culyba, M.D., MPH, is an adolescent medicine specialist and epidemiologist at The Children's Hospital of Philadelphia. 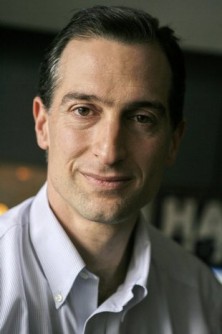 Credit: Charles C. Branas, Ph.D., is an epidemiologist and director of the Penn Injury Science Center.

“Homicide is a leading cause of death in U.S. adolescents and young adults, especially among African Americans, but the factors influencing violence are complex,” said corresponding author Alison J. Culyba, M.D., M.P.H., an adolescent medicine specialist and epidemiologist at The Children’s Hospital of Philadelphia (CHOP). “Large-scale violence-prevention programs addressing poverty and educational disparities are absolutely necessary, but may require long-term investment to yield results. We focused on a different level--modifiable features of the built environment that might be factors in violence risk.”

Culyba and her CHOP co-authors collaborated with researchers from the Perelman School of Medicine at the University of Pennsylvania, led by epidemiologist Charles C. Branas, Ph.D., the senior author and director of the Penn Injury Science Center.

Unlike many previous studies, which focused primarily on adults, the current research concerned adolescents, in a unique population-based study. The study team compared 143 outdoor homicide victims, aged 13 to 20, to 155 to matched control individuals in the same age range. All lived in Philadelphia from 2010 to 2012. Each control individual was outdoors within three hours of when a matched homicide victim was killed.

The research team produced panoramic photographs of street corners closest to homicide sites and to locations of the control individuals. Trained coders who were unaware of the circumstances assessed the photos, rating visible environmental features such as building conditions, open space, street lighting, public plantings, trash and graffiti.

“Our goal was to say, at this particular time, on this particular day, what were the surroundings like for a kid who died versus a kid who didn’t suffer an injury, and what can we learn about place-based factors that put adolescents at risk for homicide,” said Culyba. “Adolescence is a time of tremendous cognitive development,” she added. “For many urban teens, assessing and lessening the risks they face—how to get to school safely, how to hang out and play basketball without facing violence—poses a huge challenge. Place-based interventions may be particularly important for them.”

In adjusted analyses, the research team found that street lighting, illuminated walk signs, painted marked crosswalks, public transportation, parks and maintained vacant lots all were significantly associated with lower odds of homicide. In contrast, there was a higher risk of teen homicides near intersections with stop signs, a possible marker of a less-trafficked area.

“One theory that resonated with a lot of the things we found points to the importance of busy streets in promoting outdoor activity, interaction and cohesion in communities, which could potentially deter street violence,” said Branas, who has led several previous studies suggesting that urban parks and greening vacant lots encourage people to become invested in maintaining their neighborhoods and may reduce violent crime.

Both Culyba and Branas stress that this study does not show that street features and other elements cause or reduce homicide. Rather, they say, street lighting, pedestrian infrastructure, public transit, parks and vacant lot greening may be promising targets for future research to discover whether such interventions may provide social and health benefits.

“We propose that modifying features of the urban environment could offer an intervention point between extensive socioeconomic programs and less sustainable individual-level intervention programs,” added Culyba. “Our next steps will be to directly test the effects of such place-based interventions on violent crimes, such as homicides and assaults.”

The National Institutes of Health (grants R01AA016187, R01AA014944 and T32HD043021) and the Centers for Disease Control and Prevention (grant R49CE002474) supported this research. Co-authors included Joel A. Fein, M.D., from CHOP; Sara F. Jacoby, Ph.D., MPH, from Penn Medicine; Therese S. Richmond, Ph.D., CRNP, from the Penn School of Nursing; and Bernadette C. Hohl, Ph.D., MPH, from Rutgers University. In addition to her CHOP position, Culyba is a Ph.D. candidate in Epidemiology at the University of Pennsylvania. # # #

Alison J. Culyba et al, “Modifiable Environmental Features Associated With Adolescent Homicide,” JAMA Pediatrics, published online March 7, 2016. http://doi.org/10.1001/jamapediatrics.2015.4697About The Children's Hospital of Philadelphia: The Children's Hospital of Philadelphia was founded in 1855 as the nation’s first pediatric hospital. Through its long-standing commitment to providing exceptional patient care, training new generations of pediatric healthcare professionals, and pioneering major research initiatives, Children’s Hospital has fostered many discoveries that have benefited children worldwide. Its pediatric research program is among the largest in the country. In addition, its unique family-centered care and public service programs have brought the 535-bed hospital recognition as a leading advocate for children and adolescents. For more information, visit http://www.chop.edu