Could Your Car Predict a Cardiac Event? U-M Explores Heart Monitoring in Vehicles 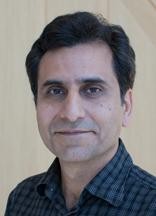 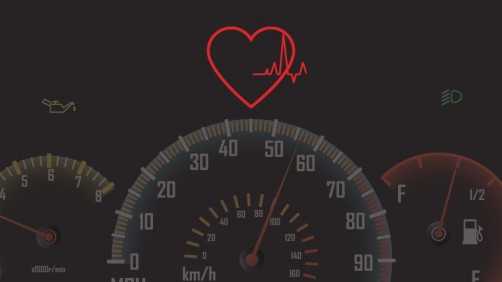 Newswise — ANN ARBOR, Mich. - A driver experiencing an unexpected cardiac event on the road isn’t the only one at risk.

Fellow passengers and motorists also face death or serious injury when another person has a medical emergency behind the wheel.

That’s why representatives from Toyota approached Michigan Medicine researcher Kayvan Najarian, Ph.D., last year with statistics underscoring that danger — and a request for his help.

“Essentially, they showed me that a large number of traffic incidents are caused by medical conditions while driving, specifically cardiovascular events, such as myocardial infraction and myocardial ischemia,” says Najarian, director of data science at the Michigan Center for Integrative Research in Critical Care. “The medical event interferes with the driver’s ability to safely drive and operate the car, causing the accident.”

The automobile giant then explained its ambitious goal: avoiding such incidents altogether.

“Toyota discussed how they wanted to move towards technology that can monitor and analyze the physiology of the person driving and predict if they are going to have adverse cardiac events,” says Najarian, also an associate professor of emergency medicine and computational medicine and bioinformatics.

After several meetings, Toyota’s Collaborative Safety Research Center provided Najarian and his research team with a feasibility grant in September. The grant was to study what types of computational systems, in conjunction with physiological patient monitors, could be implemented into vehicles to achieve the safety objective.

“The study took about seven months, and we identified the challenges, potential solutions, hardware options and algorithmic approaches that could be potentially used,” Najarian says. “But we concluded that cardiac events were conditions that are more feasible to detect with technology in the vehicle.”

Pujitha Gunaratne, Ph.D., principal scientist for the Toyota Collaborative Safety Research Center, which operates across North America, was interested in the data and recommendations and thought the study should be taken further.

Najarian and team want to create a system that could be placed in the vehicle to monitor and predict an adverse cardiac event.

“We would like to test hardware we had previously identified, and improve and validate our algorithmic solutions to see what it will take to generate a system that could look at the physiology of a person, provided by high-density electrocardiogram (ECG) measurements, as well as other medical measurements,” Najarian says.

His goal: “To come up with a system that would predict the occurrence of adverse cardiac events in real time.”

They’ll use machine-learning models to analyze the data collected from in-hospital and in-vehicle subjects. The research team will then test the system on real-time prediction of cardiac events.

Challenges have already been identified.

“There are actually quite a few obstacles that were identified during the initial grant,” Najarian says. “You can’t have clinical-grade monitoring devices in the vehicle. You need to use a high-quality monitoring device in the vehicle that, despite all the in-vehicle noise, could reliably register the driver’s ECG without being large and obtrusive. It’s going to have to be different than what you would expect to experience in a clinical or hospital setting.”

A car’s size isn’t the only deterrent.

Notes Toyota’s Gunaratne: “A challenge for vehicle applications is having a system that can detect small changes in heart rhythms but can also separate out the noise and motion that happens inside the vehicle. In an ICU, there are all types of mechanisms in place to ensure that the monitors are not experiencing electronic interference. That’s not as easy inside a vehicle. We’re going to need to have robust and advanced algorithms.”

Researchers will continue to test and validate algorithmic and hardware options that could be placed inside the vehicle to monitor the driver’s heart. The team hopes to report results in 2020.

Najarian explains that these kinds of vehicle crashes could become a larger public health issue as the nation’s senior population grows.

Which is why, he says, the research should continue.

“When we analyzed crash statistics already reported by different agencies, we found that drivers 65 years of age and older have a lot of medical-related issues that are related to vehicle crashes,” Najarian says. “We can infer from that information that there could be a higher number of crashes in the future as the population is aging.

“By 2030, there will be an increased number of older-age drivers, which could increase the number of medical events happening behind the wheel,” he says.

“That’s motivation for us to start exploring this important topic now.”