11-May-2018 9:35 AM EDT, by Homeland Security's Science And Technology Directorate
favorite_border 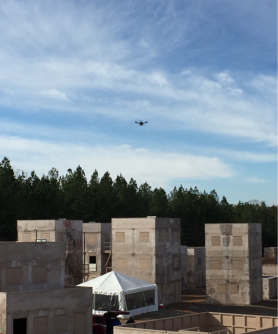 A drone flies over the Urban Test Center. 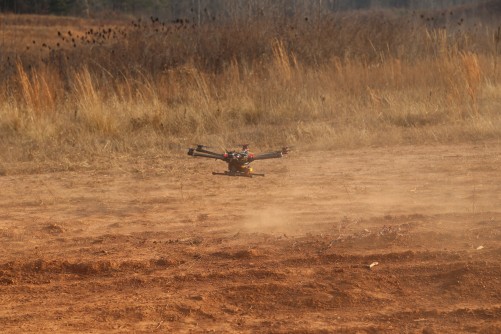 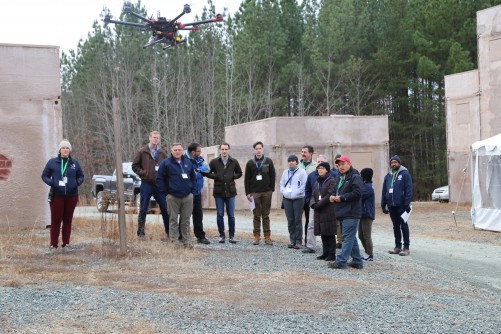 Participants watch a drone in action. 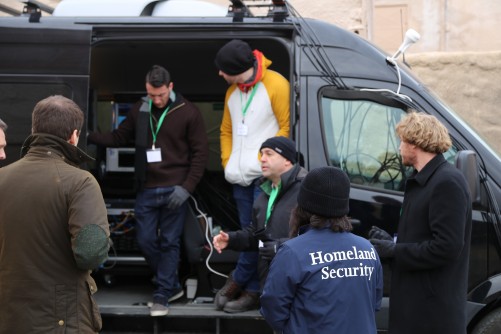 DHS S&T testers use technology to evaluate a drone's performance.

Newswise — New technology can provide advances in the way we do things, expanding areas previously left unexplored and simplifying previously burdensome tasks. This is true with advancements in Unmanned Aerial Systems (UAS), or drones. There are global efforts focusing on using drone technology to improve and support our everyday lives, and the commercial market is offering increasingly small, relatively inexpensive and capable drones. Given their rapid technology advancement and proliferation, the public safety and homeland security communities must address the fact that drones can be used nefariously or maliciously to hurt people, disrupt activities and damage infrastructure.

Since 2016, the Department of Homeland Security (DHS) Science and Technology Directorate (S&T) has focused on developing and delivering counter-UAS (C-UAS) capability technical upgrades for DHS operating components with high priority needs. S&T helps guide, advise and provide technical expertise to all components and Homeland Security Enterprise partners on the steps they can take, and available technology they can legally use to counter unwanted or malicious UAS. Most CUAS systems are still legally prohibited from operating in the national airspace, however, DHS and the Department of Justice are seeking new legal authorities from Congress to use this evolving technology as part of certain missions. As part of this work, S&T established a test and evaluation series, the Technical Assessment of Counter UAS Technologies in Cities (TACTIC), to assess the performance and suitability of commercial counter-UAS solutions in homeland security settings.

“There is a huge market of commercial counter UAS solutions out there. But most – if not all of them – have not been subjected to testing in urban environments that are relevant to homeland security. So to date there is very little real data on the performance of these systems in urban settings,” explained S&T’s Program Executive for UAS, Anh Duong.

In December 2017, DHS S&T’s National Urban Security Technology Laboratory (NUSTL) executed the second part of the 2017 TACTIC for the Program Executive Office for UAS, in partnership with the Marine Corps Warfighting Laboratory, at the Urban Training Center located at Marine Corps Base Quantico in Virginia. The mock city there allowed S&T to replicate environments that would be more relevant to homeland security operations.

Nine C-UAS commercial solutions with varying types of sensors for detecting, tracking and identifying small UAS were evaluated in the week-long event. TACTIC not only allowed S&T to assess the capabilities of these technologies and collect valuable data that will feed other tools used to advise DHS components, but it also provided an opportunity for developers to see their C-UAS technologies put into action under settings that are relevant to homeland security and obtain direct feedback from potential end-users.

“Assessments such as TACTIC provide government and industry with a better understanding of C-UAS technologies, and how we can work together to deliver solutions to DHS and first responders,” stated NUSTL Deputy Director Alice Hong. “These assessments are key to ensuring systems meet the needs of technology end-users in the Homeland Security Enterprise.”

DHS operating components, as well as other federal, state, local, first responder organizations and international government representatives made up the approximately 100 observers at TACTIC. Seeing firsthand how C-UAS technologies work in a replicated urban setting, while also learning the logistics and training requirements associated with various technologies, attendees walked away with knowledge that could inform future technology acquisition, operations, and training. Among the visitors to the exercise was the White House Deputy Chief Technology Officer and Assistant to the President and staff from the White House Office of Science and Technology Policy, as well as S&T’s own Senior Officer Performing the Duties of Under Secretary for Science and Technology, Mr. William Bryan.

“We are especially pleased with the visit by senior leadership from the White House and DHS S&T, and grateful for the enthusiastic participation of our customers from the DHS operating components,” said Duong. “Their presence underlined the importance of the counter-UAS mission and the impactful contribution that DHS S&T is making.”

For any test and evaluation effort, data collection is paramount. TACTIC requires a wealth of data—information collection from the test environment, C-UAS systems evaluation, and flight of the UAS. To accomplish this, S&T funded the Stevens Institute of Technology to develop and outfit an Instrumentation Van (I-Van) that serves as a portable C-UAS data collector. Loaded with equipment such as spectrum analyzers, GPS trackers, cameras, acoustic sensors, and weather devices, this instrumentation van is the first of its kind and enables highly efficient and accurate data collection.

Use of the I-Van is just one part of an effort to maximize efficiency through standardized data collection. S&T is also pursuing common test methods and protocols among agencies and international partners to reduce costs and facilitate data sharing.

“We anticipate moving our testing from mock cities to real cities from time to time. We also hope to see more advanced counter UAS technologies,” Duong said of future TACTIC exercises. While this TACTIC event didn’t evaluate mitigation techniques, Duong indicated it could be added in future events.

“UAS technology is fast evolving. Drones are becoming very cheap and very capable. More to the point, the bad guys can even use 3-D printers to make drones. We can’t count on knowing every single drone, because it may not be bought commercially but privately built,” Duong emphasized. “So from our standpoint of being able to counter them, we have to be able to anticipate where the technology is going and therefore incubate countermeasures accordingly.”

Technology assessments, efficient data collection, and development of C-UAS tools support DHS operating components and partners in their quest to plan for and deploy the most effective capabilities against nefarious UAS that threaten the people and critical infrastructure of our nation.