CPAP May Not Improve Glycemic Control in People with Diabetes 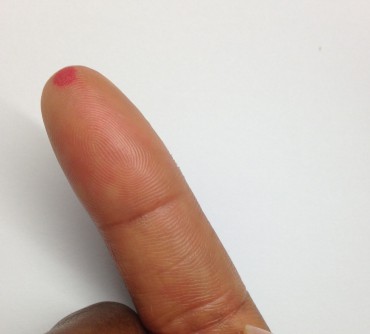 Newswise — People with type 2 diabetes and obstructive sleep apnea (OSA) may not experience improved glycemic control by using continuous positive airway pressure, or CPAP, as some studies have suggested, according to the results of a randomized, controlled trial published online ahead of print in the American Thoracic Society’s American Journal of Respiratory and Critical Care Medicine.

“Many studies have indicated that OSA may contribute towards the development and progression of type 2 diabetes,” said lead study author Jonathan Shaw, MD, associate professor and head of population health at Melbourne’s Baker IDI Heart and Diabetes Institute “However, proving that link, and determining if treating OSA could have benefits for glucose control, requires intervention studies. Some uncontrolled studies had reported improved glucose control after starting CPAP, but some small controlled trials did not support this.”

In “The Effect of Treatment of Obstructive Sleep Apnea on Glycemic Control in Type 2 Diabetes,” researchers in Australia and the U.S. randomly assigned 298 patients with “relatively well-controlled” type 2 diabetes and newly diagnosed OSA to either treat their sleep apnea with CPAP or receive usual care.

In addition to measuring the change in glycemic control, researchers studied changes in blood pressure, daytime sleepiness and quality of life over six months. Researchers found:• No difference between those receiving CPAP and the control group in change in glycated hemoglobin (HbA1c) at three and six months. • Greater fall in diastolic blood pressure over six months in the CPAP group compared to controls—a finding that was statistically significant only among those who used CPAP for at least four hours a night.• Daytime sleepiness improved significantly among those using CPAP as measured by the Epworth Sleepiness Index.• Quality of life between the two groups was not statistically significant overall as measured by the RAND 36-Item Short Form Health Survey. Among those using CPAP for at least four hours a night, there was a significant difference with controls on vitality and mental health subscores.

Authors offered several possible explanations for why participants using CPAP did not experience better glycemic control. OSA may play a bigger role in the development of diabetes than in the control of established diabetes. The bar for adherence to CPAP—set at four hours a night—may have been set too low. And, lastly, CPAP may only benefit those with severe OSA and/or poor glycemic control. Participants with those characteristics were not well represented in the study, the authors noted.

“OSA is common in people with type 2 diabetes, and although we did not find a glycemic benefit for its treatment, clinicians should have a high index of suspicion for its presence when patients experience daytime sleepiness, snoring and resistant hypertension,” Dr. Shaw said. “Identification and treatment of OSA in these patients may lead to clinically meaningful benefits.”

Another study published recently online in the American Journal of Respiratory and Critical Care Medicine looked at CPAP and glucose control in patients whose diabetes was not well controlled. That study, also a six-month randomized controlled trial, found that CPAP significantly improved glycemic control at six months, but not three.

Atul Malhotra, MD, president of the American Thoracic Society and a sleep expert not involved in either study, said there were a number of possible explanations for the different results, including differences in glucose control at baseline and the relatively small size of the studies.

“Differences in race and ethnicity and changes in diet, exercise and metabolism that may occur with CPAP, may have also contributed to the different findings,” said Dr. Malhotra, chief of pulmonary and critical care medicine and director of sleep medicine at the University of California, San Diego, who said there was a need for more research on the subject.

The study was funded by ResMed Science Centre, ResMed Ltd.

Share via Twitter “In patients with #OSA and well-controlled #diabetes, #CPAP may not improve glycemic control but reduces blood pressure” via @atscommunity and @ATSBlueEditor.

Follow UsATS - @atscommunityAJRCCM - @ATSBlueEditorAbout the American Journal of Respiratory and Critical Care Medicine (AJRCCM)The AJRCCM is a peer-reviewed journal published by the American Thoracic Society. The Journal takes pride in publishing the most innovative science and the highest quality reviews, practice guidelines and statements in pulmonary, critical care and sleep medicine. With an impact factor of 12.996, it is the highest ranked journal in pulmonology. Editor: Jadwiga Wedzicha, MD, professor of respiratory medicine at the National Heart and Lung Institute (Royal Brompton Campus), Imperial College London, UK.