Crime Rate Likely to Increase with Changes to Clemency Rules 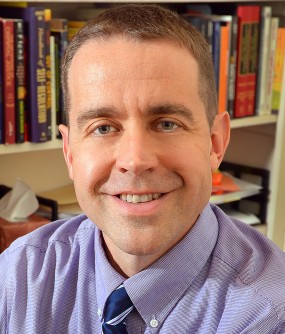 AMES, Iowa – New guidelines to ease prison sentences for nonviolent drug offenders could have serious consequences, said Matt DeLisi, a professor of sociology and criminal justice at Iowa State University. The Department of Justice recently announced six new criteria for considering clemency, a move that could impact thousands of offenders.

President Barack Obama has said he wants to consider more applications for clemency for inmates who are serving sentences that would be much shorter if they were sentenced under current law. But the fact that the president only commuted the sentences of eight prisoners last December is meaningful, DeLisi said.

“There is a popular notion that drug offenders are nominal criminals, but they are in fact versatile, serious offenders whose current conviction for drug crimes often coincides with violent and property crimes,” DeLisi said. “If there were hundreds or thousands of truly innocuous drug offenders, they would have already been paroled or released by some special circumstance. Drug offending is much more nefarious that the current DOJ suggests.”

DeLisi, who testified before the U.S. Senate Judiciary Committee last November about the proposed changes, said cutting prison sentences will increase the crime rate. In his testimony, DeLisi cited a study that analyzed nearly two decades of prisoner data and determined that one offender is likely to commit 17 new crimes upon release. Using that data, DeLisi says reducing the current federal prison population by just one percent would result in more than 37,000 new murders, rapes, burglaries or other crimes.

“No one, Republican or Democrat, wants trivial offenders to be in prison for many reasons. But the criminal history, offense seriousness and criminogenic risk factors of the average drug offender are much more severe than what is often believed,” DeLisi said.