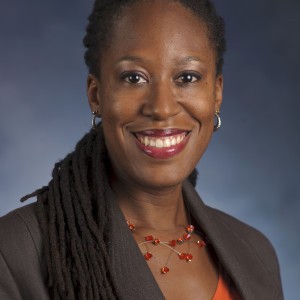 The criminal charges brought by the Michigan Attorney General against three government officials in the Flint, Mich., lead water contamination crisis are rare, but are a move toward justice for a community overlooked in environmental justice and public investment, an environmental health expert explained.

Christina Hemphill Fuller, an assistant professor of environmental health at the Georgia State University School of Public Health, said the charges against employees in the state and local governments generally happen under the most egregious circumstances, where the concerns of the city’s residents – many of them having low-incomes, and who are people of color -- were not listened to.

“Given these circumstances the population is highly vulnerable and their concerns about water quality went unheeded (and were also challenged) by the people and agencies that should be protecting them,” Fuller said. “Those people being local elected officials, the state Department of Environmental Quality, and even Gov. Rick Snyder.

“The residents have been vindicated by the clear science that was done in the community by researchers at Virginia Tech, and also by Dr. Mona Hanna-Attisha,” she continued. “However, so much damage has already been done.”

Fuller’s research examines environmental health, looking at environmental health disparities and how low-income and minority communities are often at higher risk for detrimental health effects. In Atlanta, her research has investigated these impacts in terms of exposure to air pollution due to living closer to the region’s clogged freeways, as well as collaboration in other research at Georgia State University investigating lead in Atlanta’s soils.

While the charges are a move to justice by assigning responsibility for players in the tragedy, there’s much more work needed to truly address the critical issues at the heart of what ultimately led to the contamination crisis – and other acts of environmental injustice against low-income and minority community communities across the country, she said.

“The systemic bias within state and local institutions that has allowed this crisis to unfold must still be addressed,” Fuller said. “Getting to the root of systemic institutionalized bias is very difficult, because it is a function of a whole system beyond that of individual action.

“It is much easier for leaders to say the issue is solved now that there are a few people to blame,” she continued. “However, stakeholders can take this opportunity to bring attention to the systemic issues so that more can be done.”

For more information about Fuller and her research, visit http://publichealth.gsu.edu/profile/christina-fuller/.