Crop Prices, No. 1 Reason for Converting Grassland to Cropland 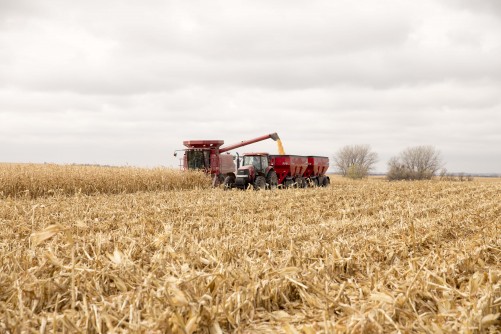 Farmers in the Prairie Pothole Region of the two Dakotas surveyed pointed to changing crop prices as the No. 1 factor when deciding whether to convert grassland to cropland.

Changing crop prices was the No. 1 factor that farmers in eastern South Dakota and southeastern North Dakota considered when deciding whether or not to convert grassland to cropland, according to the 2015 Farmland Decision Survey.

From 2006 to 2011, cropland enrolled in the Conservation Reserve Program in North and South Dakota decreased from 5.0 million to 3.8 million acres with most of the tracts returned to cropland, according to the U.S. Department of Agriculture. As would be expected, 75 percent of the farmers who converted grass to cropland used the new ground to plant corn or soybeans, while the remainder planted wheat on the new cropland. Larry Janssen, an agricultural economics professor at South Dakota State University, now retired, and one of the survey authors, said that mirrors current producer output.

Nearly 90 percent of the respondents raised corn and/or soybeans in the past 10 years. Most were fulltime farmers and the average size of their farms was 1,686 acres with more than 70 percent of the land devoted to raising crops.

Land going back to grass was primarily due to new CRP or Wetland Reserve Program sign-ups. according to the survey. Only 7 percent of respondents turned CRP land into grass or hay acres.

In the next decade, less than 10 percent of the respondents anticipated converting either native or tame grassland to cropland. A greater share, 12.6 percent, plan to convert cropland to grassland or pasture.

“Overall, producers project more land use stability in the next 10 years than in the past 10 years,” Janssen said. “This result is partly due to uncertainty about future crop and livestock prices, farm program provisions, renewable energy policies, agricultural technology changes and other factors that affect land-use decision making.”