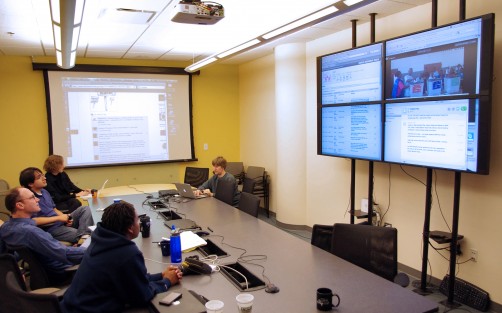 The Georgia Tech Institute of Technology 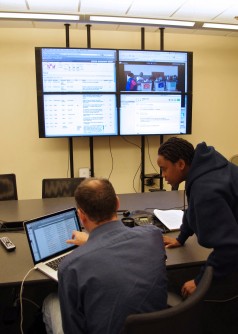 The Georgia Tech Institute of Technology

Newswise — Today the citizens of Liberia will participate in just their second presidential election since the country emerged from a brutal civil war in 2003, and in such an environment the specter of violence or other unrest is never far away. But what if social media, a Georgia Tech professor is asking, could identify and even help prevent dangerous situations from occurring?

When nearly 40 million Nigerians took to the polls last April to elect a new president, many of them went online to share comments about their chosen candidates on blogs, Twitter or other social media platforms. They also used these new media tools to report what they saw. “Listening” to much of it was Georgia Tech Associate Professor Michael Best, which just might have saved a few lives.

During the election, Best provided technical support for a Nigerian group that wanted to use social media as a means for tracking the election process and identifying any problems that cropped up. Best and his team of researchers designed a social media aggregator tool that could pull content from about 20 different sources (including Twitter) and analyze the data in real time using keywords.

At the peak of activity, the aggregator tracked about 50 reports per second and analyzed them based on keywords and (sometimes) location data. The Nigerian Social Media Tracking Centre, formed just before the election by the organization Best was supporting, forwarded along confirmable reports of election irregularities and ultimately reports of violence to Nigerian authorities. All together the aggregator collected about 750,000 reports containing pre-identified keywords, and following the election the SMTC issued a summary report that listed a series of recommendations for using social media and instant messaging to improve future election experiences, such as:

Using social media as a means to gauge public response to political events is nothing new, but Best’s team is one of the first to use the practice in real time to help improve the electoral process itself, acknowledging that civilian reports can provide critical information. If violence erupts, the hours or even minutes saved by having identified the situation through social media posts could make a significant difference in response.

“Nigeria showed that this technology has legitimate and useful applications for monitoring elections or keeping a real-time pulse on any number of political or community issues,” said Best, an associate professor in the School of Interactive Computing and the Sam Nunn School of International Affairs. “Our ultimate goal is to delve deeper into the particulars of this, examining the information’s accuracy, depth, timeliness and scope, and comparing it along those dimensions to other sources of information.”

Tangibly, Best and team want to produce open-source software that can be used to monitor major events as a complementary tool to traditional monitoring techniques. For example, the National Democratic Institute and the European Union both sent observers to Nigeria for its April elections, and today Liberia will likewise see international teams on the ground, monitoring and reporting on the country’s electoral processes. How can crowdsourced election data compliment the work of trained formal observer missions? What impact will that data have? And what impact will Friday’s announcement that President Ellen Johnson Sirleaf will receive the Nobel Peace Prize have on the election?

“The nongovernmental organizations [NGOs] that do election monitoring are understandably leery of formally using this technology right now, because they don’t want to risk their data being tainted with unreliable citizen reports,” said Thomas Smyth, a Ph.D. student in Best’s lab. “However our research could open up new understandings of how social media function in election-like situations, and as the explosion of social media causes NGOs to refine their policies, it could be of interest to them.”

The stakes for Liberia’s election appeared to rise again on Friday, when it was announced that President Ellen Johnson Sirleaf will receive the Nobel Peace Prize. When the polls open at approximately 3 a.m. EST on Oct. 11, Best and a team of undergraduate and graduate students will be ready in a “situation room” on the Georgia Tech campus. Among the outlets to be followed are Twitter, Facebook public groups, SMS messaging and several other blogs and social media websites, including the open-source platform Ushahidi, popular in several African nations.

As reports begin to filter in, the aggregator will use posts clustering around certain keywords as evidence in a real-time organic catalogue of “curated incidents.” If the team identifies a situation it decides should be reported to Liberian authorities, Best has partnered with iLab Liberia, an information technology support organization, which will staff a “response room” in country.

“Social media and aggregate text messaging can, in a very real sense, be construed as a ‘cultural consciousness,’ and our goal is to show how you can take advantage of that for reasons other than marketing products or identifying pop culture trends,” Best said. “As we’re seeing through the ongoing ‘Arab Spring,’ these new technologies can be vital tools in service of democracy.”

In 2012, Best hopes to employ the aggregator in monitoring elections in Kenya, Senegal and the new nation of South Sudan.

About the Georgia Tech College of Computing

The Georgia Tech College of Computing is a national leader in the creation of real-world computing breakthroughs that drive social and scientific progress. With its graduate program ranked 10th nationally by U.S. News and World Report, the College’s unconventional approach to education is defining the new face of computing by expanding the horizons of traditional computer science students through interdisciplinary collaboration and a focus on human centered solutions. For more information about the Georgia Tech College of Computing, its academic divisions and research centers, please visit http://www.cc.gatech.edu.

About The Georgia Institute of Technology

The Georgia Institute of Technology is one of the world's premier research universities. Ranked seventh among U.S. News & World Report's top public universities and the eighth best engineering and information technology university in the world by Shanghai Jiao Tong University's Academic Ranking of World Universities, Georgia Tech’s more than 20,000 students are enrolled in its Colleges of Architecture, Computing, Engineering, Liberal Arts, Management and Sciences. Tech is among the nation's top producers of women and minority engineers. The Institute offers research opportunities to both undergraduate and graduate students and is home to more than 100 interdisciplinary units plus the Georgia Tech Research Institute.http://www.gatech.edu 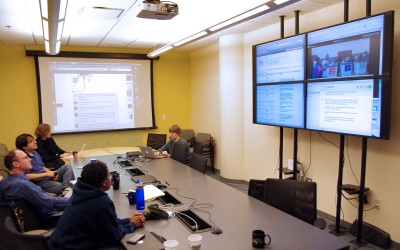 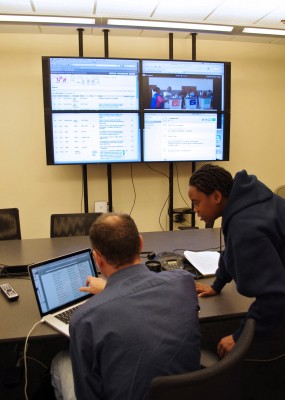