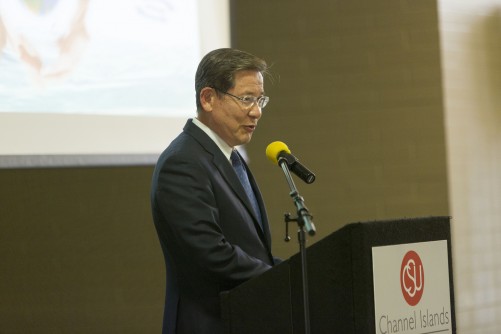 He has been CEO and President of Hanmi Financial Corp. and Wells Fargo.

He can also discuss the new "sharing economy," such as Air BnB, Uber, etc.