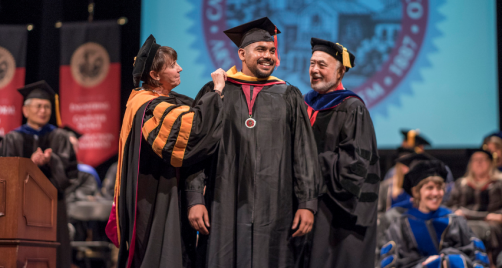 Newswise — Graduate programs at California State University campuses are among the best in the nation according to U.S. News & World Report rankings released March 20.

The rankings are a testament to the CSU's high-quality graduate programs, which integrate specialized training in the theory, research methodologies and critical analyses within a given discipline. In 2016-17, the CSU enrolled nearly 55,000 post baccalaureate/graduate students and awarded nearly 20,000 master's degrees. One-third of the master's degrees awarded each year in California are from the CSU.

The CSU's top 50 ranked programs are listed below. See the full rankings here.