Thirteen campuses were recognized with 116 awards at a collegiate journalism convention this month. 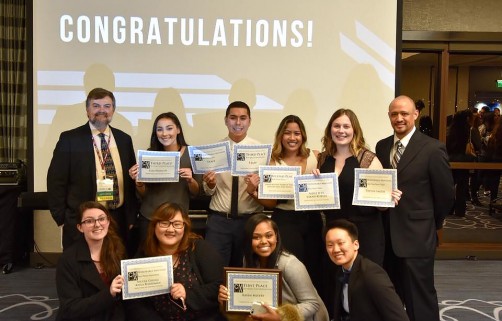 The ACP conference was held in Long Beach from March 1-3, and hundreds of student journalists from across the U.S. and California attended. The CCMA banquet took place at the close of the conference on March 3.

Here's the complete list of ACP award recipients from the CSU: